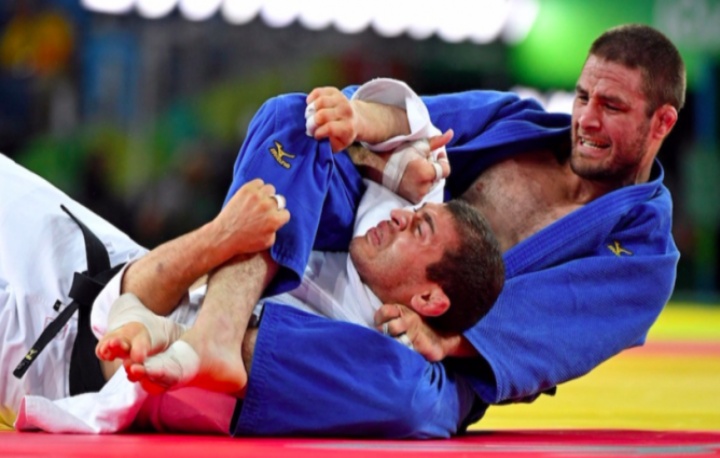 You might’ve started out training both BJJ and Judo at the same time… Thinking that if you combine the two arts, you will become an unstoppable grappler! But what you didn’t expect is that you would actually become worse in both BJJ and Judo; at least in so far as the ground fighting aspect is considered.
What’s happening? To figure out the answer to this question, you’ll need to understand the fundamental differences between Ne Waza in Judo and BJJ ground game.

IT TAKES TIME TO CONSOLIDATE THE TWO

But prior to talking about the concrete differences between the two martial arts’ groundwork aspects, understand that (like all things in life) it will take some time before you learn how to incorporate Judo into your Brazilian Jiu Jitsu game. And vice versa, if that’s where you’re heading.
The conflict you’re experiencing right now is natural; simply due to the fact that you’re not a good Jiujiteiro nor a good Judoka just yet. As you’re new to both sports, you’re bound to first mix their aspects into one incoherent whole… But, as you make progress, you’ll be able to better decipher when to use one and when to use another to your advantage.

With that cleared out of the way and with your self-esteem up, let’s examine the differences due to which you’re probably struggling.

When you’re training BJJ and the rolling part of the class comes up, what do you do when you’re stuck in a bad position? Or, furthermore; what is often the primary piece of advice they will give you when you’re pinned under someone’s Side Control or Mount?
That’s it: the advice is usually to stay calm. You’re told to control your breathing. And then, you’re told to find a way to minimize your opponent’s chances of scoring a submission; elbows in and frame. Then, figure out what your escape should be… And only then you’re „allowed“ to start working for the way out.

This works great in Jiu Jitsu, of course! The nature of the sport often gives a bit more leeway for thinking about your next move or two for when you’re pinned… However, Judo doesn’t have that luxury – it requires you to escape as soon as possible!
The reason behind this is that, in Judo, an Ippon is scored for a pin that is maintained for 25 seconds. With that, a pin broken before 25 seconds (but after 10 seconds) is awarded partial points. Simply put: Judokas are time restricted!

What this means is that they’ll aim to escape the pin with much more vigor, force and speed than it’s the case with Jiujiteiros. After all, their match depends on it!
That is to say, your approach to escapes in Judo and BJJ will be largely different from one another.

YOU NEED TO FINISH THROWS DIFFERENTLY IN BJJ THAN IN JUDO

Yes, Judo throws are a great addition to your Gi standup game! However, the way you finish the throwing techniques is crucial.
The reason? In addition to the fact that an excellent throw in Judo will grant you a win and that even the best one in BJJ will give you „only“ two points... It’s painfully clear that your opponent can still get you after your throw – just expose your back and you’re done. So, you need to be extra wary of how you’ll end a throw in BJJ; as opposed to the Judo’s simple emphasis on the excellency of the throw itself.

Watch the video below to understand more about these fundamental differences in the ground games of Judo and BJJ:

The Best Newaza Player In Modern Judo Teaches A Masterclass In Dominating On The Ground. 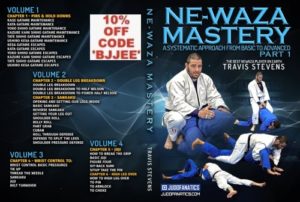