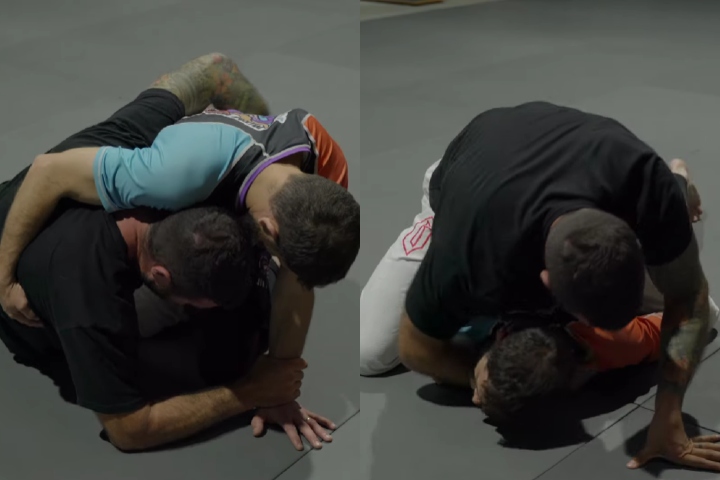 When it comes to being in a street fight, it’s best that you avoid being on the ground. For, if you end up there, there’s no telling if the “other person’s” friends will jump in.
However, if you do end up on the ground, then you better have a tactic or two for getting up on top of your opponent. Here’s one way of doing so from Half Guard, as explained by Coach Tom from The Grappling Academy.

TAKING THE BACK FROM HALF GUARD IN A STREET FIGHT

The most important thing you can do in a street fight, as a grappler, is to close the distance. So, if you’re in a Half Guard situation, you’ll first look to keep the opponent at a safe distance; so you don’t get punched. Use your foot or a Knee Shield to do so.
Then, as the opponent swings to punch you, shoot underneath his armpit while keeping his arm (on the opposite side) at bay. Grab a hold of their hip and prop yourself up on your knees to get to their back.

Now, because you’re in a street fight situation, it’s important that you don’t roll the opponent on top of you (as you’d do in a BJJ match). Rather, insert both of your hooks and grip their wrist; pull it towards yourself as you drive forward with the hips. This will flatten the opponent out and keep them at your mercy for as long as it’s necessary.
Coach Tom explains this in detail on the video below: