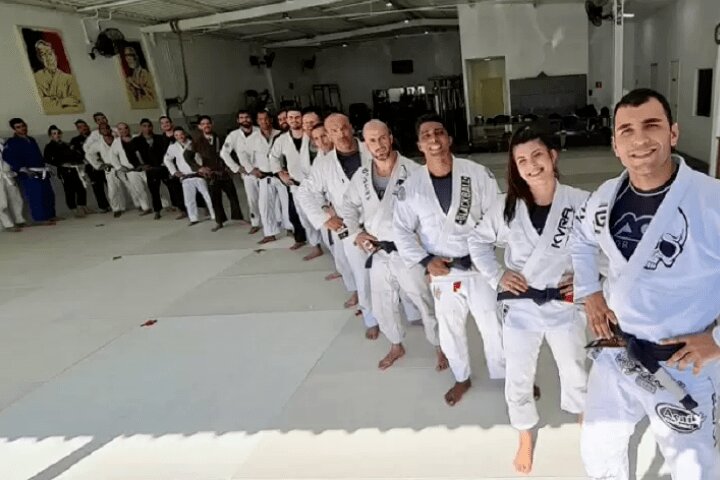 BJJ is more than just a sport or a martial art. It’s a way of life; and it’s something that can improve your whole life for the better. No matter the circumstances.
Jurandir Conceição is a perfect example of this. A black belt and founder of the “Templo Jiu-Jitsu Culture” academy in São Paulo, he recognizes the importance of competition for the technical and personal evolution of his students… But emphasizes the team’s underlying philosophy:

Our mission is to train more than black belts, it is to train human beings with character. At Templo, we help students become better professionals, better husbands, better wives. We demand important attitudes, however scarce in society, such as respect, discipline, gratitude. We are very strict with the issue of punctuality, for example.

However, it was at the beginning of Jurandir’s journey on the mat, at the age of 15, that he suffered the worst blow of his life: his father’s suicide. After that, Jiu-Jitsu became the main thing in his routine:

It was a big trauma. I was 15 years old, two younger brothers, so I started to feel sad, depressed, but then I focused on Jiu-Jitsu. Practice became my escape valve. I stayed at the gym for almost 24 hours, I just went out to study. It became my therapy. It was very difficult, because I saw the scene, so the way I found to, at least try to forget, was training incessantly.

Jiu-Jitsu was extremely important in controlling his emotions over the loss of his father. Only years later when, due to an injury, Jurandir was unable to fight, he really felt the shock of the traumas:

I started to compete in championships, to win, and that motivated me more and more. I was champion of São Paulo, Brazilian, I was graduated and I reached the position of instructor of my master at the time, Roberto Godói. But there was another blow: when I got to brown belt, I had to operate on my shoulder and I didn’t train for a long time. Abstinence hit and, there, I experienced the real mourning. I went into a crisis of very strong depression.

Unable to compete, Jurandir turned his attention to utilizing the lessons learned:

I found a new way of living in Jiu-Jitsu. It was interesting, because in just under two years, I had a large class of 150 students. I was invited by Godói to set up my first academy, associated with it, and together we reached 500 students. Two years ago I founded my own academy. Today, my purpose is to channel everything I experienced so that it can serve as motivation for other people. Our purpose is to help students find an inner balance, balance of body and mind as well.

Today, his academy has six branches spread across São Paulo and a total of around 800 students.