Why is BJJ More Philosophical Than Other Grappling Arts 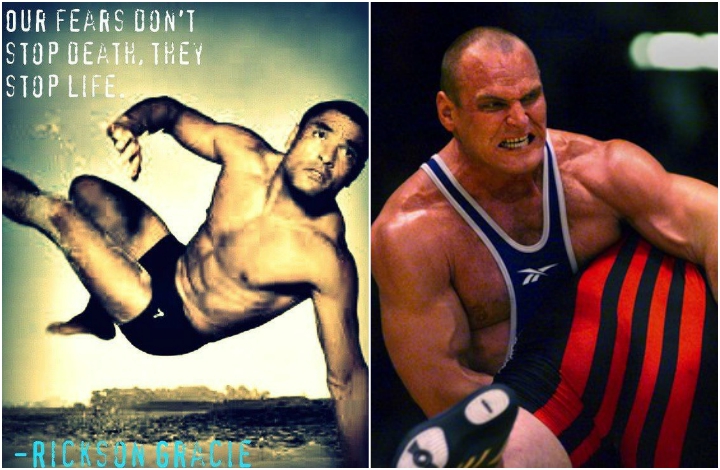 ESPN’s documentary on Iowa Wrestling is one of the more interesting wrestling documentaries. As one of the protagonists proclaims at the very beginning: “It’s hero or heartbreak”. It’s all very Sparta… if Sparta were the birthplace of drama. I haven’t seen this many men cry in a movie, probably ever. It’s as simple as survival of the fittest. But life is generally much more complicated and less than fatal.

When we look for exposure to wrestling it’s interesting to note just how young these boys are when they start. That’s very worrisome because early studies on exposure to live wrestling have suggested it is more likely than any other sporting event to invoke negative mood states (Arms, Russell & Sandilands, 1979).  It’s even more alarming that winning actually increases exhibiting hostility, not only in participants but also in spectator supporters of the winning team (Arms et al., 1979). One research proved that after winning, a wrestler shows significant increase in extrapunitive aggression while for all other participants including control group aggression reduces after triumph. And even more troubling: it’s linked to enhanced violence outside the sport setting as well as delinquency (Bloom & Smith, 1996; Rowe, 1998; Nixon, 1997; Watkins, 2000).

Further wrestling openly accepts hazing rituals. One Japanese study details hazing rituals among high school wrestlers such as: being punched, kicked, hit with bamboo, verbally demeaned and or forced to perform menial, time- consuming tasks. Another finding established a connection between boys who expressed sexist attitudes (and were more likely to sexually harass) and wrestling (Murolo et al., 1997). And if you’re thinking of signing up your kid for wrestling to socialize better, you might want to think twice because there’s indicators that it actually increases antisocial behavior (Endresen & Olweus, 2005) unlike Brazilian jiu-jitsu which actually increases friendliness. 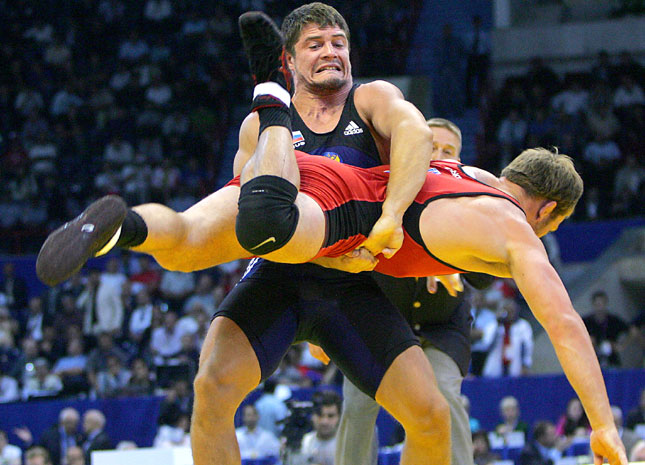 What does any of this have to do with philosophy, you ask? Well… This is a sport where you actively inflict pain upon another persona and derive ego gratification from it. Pain not designed to submit, but to hurt and or maim. There’s no need to romanticize the lifestyle and by the time you get your wisdom teeth- you’re probably already permanently out.  Wrestling is notorious for high injury rates due to probability of being on the receiving side of high impact. In fact, it’s one of the few sports that can cause chronic traumatic encephalopathy (CTE).

Juxtapose Brazilian Jiu-Jitsu to all of this and ask yourself:  Have you ever felt the need to harm somebody after watching a match? How do you approach your sparring partners?

It’s scientifically proven that Brazilian jiu-jitsu is instrumental in disabling destructive emotions and relieving tensions on an universal level (Kuśnierz, Cynarski & Litwiniuk, 2014 ) so I wouldn’t be wrong if I said it has the absolute opposite effect (on me and others) from wrestling.

The happy go lucky mentality of Brazilian jiu jitsu coupled with dedication and effort provides the ultimate combination. Here’s something you can do well into your old age, and enjoy every minute of it. And there’s also the need to rid you of ego (as opposed to constantly gratifying it). Most bjj academies actively encourage you to put yourself in bad positions and work from there. Philosophy is about much more than what kind of berries one endorses. In BJJ you overcome and conquer a person without unnecessary pain and more importantly, you mostly compete against the “you of yesterday”.  Coupled with the fact that Brazil is considered country of origin, you get the freedom to flow, improvise and preach about your experience. This is something that would be frowned upon and possibly much less successful in a sport with stricter tradition.

Judo, on the other hand, is very high brow. There’s a discipline with well-established rules, regulations and rituals. It’s not really a time of improvisation. The IJF webpage will even tell you Judo rules aim to preserve traditions and technical specificity. There’s even an official bowing guide! Creativity is allowed only within the guidelines of judo technics. Pickups and leg grabbing are good examples of creativity. Namely, they’re considered as waza(i.e. technique or form) but the result of their action must be immediate.

The book John Danaher co-wrote with Renzo Gracie offers good context for transformations judo has gone through over the years as well as traditional jujitsu phases.

The well-established connection between Brazilian jiu-jitsu and intelligence deepens the connection of bjj to philosophy as well as personal philosophy.  When a situation can go so many ways we utilize tricks and further try to mislead the other side. To be a true philosopher is to know how to dance, live and evoke feelings or reactions – similarly bjj is all about movement, action and reaction.

Further, much of it is aimed at reining in the anxiety and destructive impulses. You will become much more functionally strong while simultaneously more open and less bothered by the small picture stuff – you will develop a personal philosophy that will lead to a happier, more functional living.

And then there are different philosophies of schooling:

The 3% philosophy is a nice ambiguous name for dog eat dog environment that some foster. Academies that go full on existential and hang destiny on this or that competition have their own philosophical approaches. True to its name, this is definitely not for everyone. Certain Spartan mentality is definitely effective in high level competitions but the question remains: Where are the boundaries of such behavior and is it worth it in the long run? Sink or swim is a great method to learn swimming but it’s also a great method to never go into water again.

The fundamental approach or old school bjj relies heavily on high percentage techniques. This is a great approach for someone who has no prior martial arts knowledge or is not competition oriented. One can see how this approach would also allow individuals to develop optimal styles suited to their own needs. Expressing yourself through the martial art you practice seems like a very long term approach that can yield wonderful results as long as you can escape your own pitfalls and never get lazy in your approach. After all, laziness is the plague of modern society.

The eclectic approach typically mixes bjj with judo and wrestling. Characteristic downfall of this kind of an approach is providing “a bit of everything” but nothing fully. This approach would generally lead to more success long term but getting there would be tricky because the road would be paved with less than stellar performances against individuals focused on just one thing. It’s easy to juxtapose this kind of approach to something like Rickson Gracie’s invisible jiu-jitsu and see the implications of both.

The franchise approach has many strategic implications much more indicative of marketing and/or ambitions than of philosophy. This approach is singlehandedly the most at fault for bastardization of progress value (i.e. internet belts) but it’s also the most deserving when it comes to inviting a casual passerby into a bjj environment. This situation inevitably spawns a smorgasboard of mixed results. After all this is a lot more about capitalism than about implications.

In the end, every individual will find and reinvent themselves as long as they cultivate enough interest to participate and really think about everything they’re doing. Jiu-jitsu is about a lot more than just personal attributes and attitudes. And depending on your experience you might find yourself enjoying more one of the other grappling arts, whether it be judo, wrestling or sambo. Change and reinvention is an inevitable byproduct of living no matter where you are, so why not make it as memorable and individual as it can be?

Endresen, I, & Olweus, D 2005, ‘Participation in Power Sports and Antisocial Involvement in Preadolescent and Adolescent Boys’, Journal Of Child Psychology And Psychiatry, 46, 5, pp. 468-478

Turner, ET 1970, ‘The effects of viewing college football, basketball and wrestling on the elicited aggressive responses of male spectators’, Medicine And Science In Sports, 2, 2, pp. 100-105