Should You Use The DE LA RIVA GUARD In MMA? 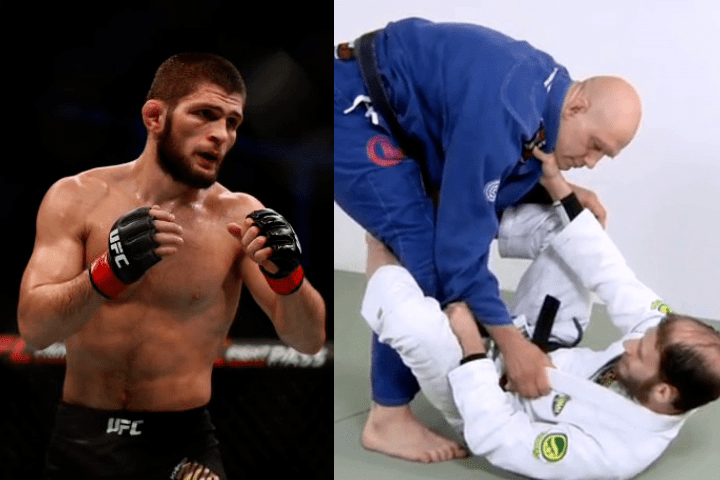 Let’s say that you’ve been training Brazilian Jiu-Jitsu for a while, and that you’ve decided to take a step into mixed martial arts now. You’re working on your striking and leg kicks, as well as your wrestling… But you still want to incorporate as many of techniques as possible from your first love. BJJ.
For example, you’re wondering if you could use something like the De La Riva Guard in MMA. Would that be possible?

Essentially, using the De La Riva Guard would be… Rather impractical in MMA. It’s best use comes to fruition when you’re in a Gi – and you should already know how difficult it is to get it going in No Gi. Let alone in a scenario where there are strikes allowed as well.

Therefore, the answer is: no. Using the De La Riva Guard isn’t possible in mixed martial arts. But here’s a better question: why do you want to use this particular guard?

WHY DO YOU CHOOSE SOME TECHNIQUES OVER OTHERS?

Even though that the De La Riva Guard may be of help to you much more often than not in BJJ, you’re not going for a Jiu-Jitsu match at the moment. You’re getting ready for MMA!
Thus, the basic rule of thumb that you should follow in this regard is: use those techniques which are helpful to the sport you are preparing for.

It’s really as simple as that! Why would you use something that’s of no use? Just because it looks cool and because you’ve had prior success with it? That’s not the right way to go about picking one technique over another.
The techniques you should use – in Brazilian Jiu-Jitsu as well, not just in mixed martial arts – should be applicable. If they work and if you learn how to set them up properly, you’ll have a lot of success with them. You can make them even more efficient… But to be efficient, they first have to be suitable for what you’re trying to do.

And what you’re trying to do right now isn’t to go for a Berimbolo from the DLR. You’re trying to beat an opponent who can strike and kick you, as much as he can grapple you.

To make a successful transition from Brazilan Jiu-Jitsu to mixed martial arts, you’ve got to be pragmatic and not cling to old glory. This is true not just for you, but for the highest of competition levels as well.
Remember that Ryan Hall has a rather unorthodox style of fighting in MMA? He goes for Imanari Rolls and Heel Hooks as often as not one other fighter does. This yielded him many successes, but even he was stopped in the latest UFC event.

The point is that just because something works in BJJ doesn’t mean that it will work in MMA. Or at least not that often.
So, you’ve got to change your approach. You have to immerse yourself fully into the MMA mindset and grind, and begone with the Jiu-Jitsu style of thinking for a while. To make this transition, you’ll have to overcome your ego and the wish to do things as you’ve done them before.

You’ll have to try out things that work in mixed martial arts, apply them to your training, and work out an MMA-specific game plan. Zero in on that goal in the beginning, push yourself towards it, and achieve it.
For, when you’ve got your success, there’ll always be time for returning to the De La Riva guard. Do it!