Pursue Your Dream Of Becoming A BJJ World Champion Or Be a Great Mediocre BJJ Student? 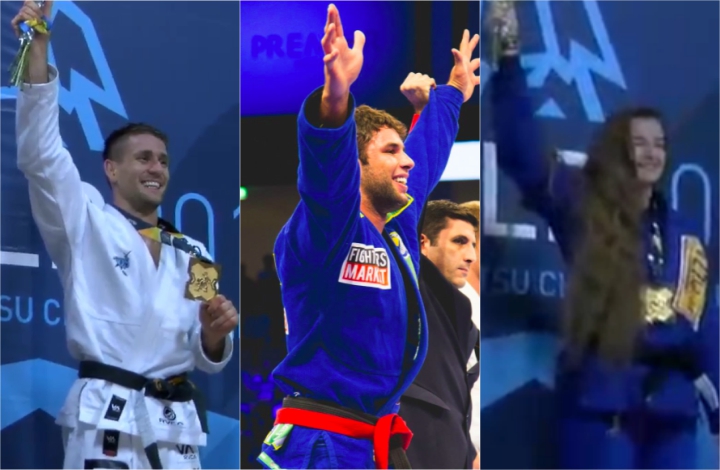 Brazilian Jiu Jitsu is all about making progress every time you’re on the mats. It’s about reaching new heights as a Jiujiteiro, ones you thought would never be possible. But what if you come to think that you could attain even bigger successes… Could you, perhaps, become a World Champion?
Here’s what you should consider before pursuing the goal of becoming a BJJ World Champ.

First of all, be honest to yourself: how good are you really? If you started training relatively recently, you might be clouding your own judgement by thinking that you’re one of the best grapplers in your academy, and/or in a specific area; whereas the truth is that you don’t have enough experience to gauge just how talented you really are.
A similar thing is true even after you acquire a bit of experience: ego can persuade you into unrealistic opinions about yourself.

So, before going on to blab about how much potential you have, ask your coach what he thinks. He’s the one with most experience in your academy and he’s seen you roll more than everyone else. Does he think you’re exceptional, above average or average at best? Ask him to be frank and direct.

Talent isn’t everything, sure. But it matters if you want to become a world-class competitor. At the very least, you should take it into consideration, so that you know what you’re working with.

ARE YOU IN FOR THE STRUGGLE, OR JUST FOR THE MEDALS?

Talented or not, you’ll have to put in the work. You’ll have to be present at every training session, preferably more than once per day. And that’s just the Jiu Jitsu sessions; you’ll need to train other grappling arts as well – plus put in the necessary strength and conditioning work. The prehab and rehab work for your injuries, that are bound to occur; as well as the right nutrition and adequate hours of rest and sleep. Basically, it comes down to the fact that everything else will revolve around BJJ. Are you ready for that?

Becoming a champion doesn’t consist just out of standing on the podium and feeling great; but, more than that, it means putting in the effort and pushing through the struggle.
Said differently: if you aren’t infatuated just with the notion of winning, but with the whole process of „getting there“ as well, then you’re on the right road.

DON’T BECOME A CHAMPION BECAUSE OF THE MONEY

Thirdly, why do you want to become a World Champion? If it’s for the money, then you will probably be better off with another career; as BJJ tournaments, in and of themselves, still don’t pay as much as it’s the case with some of the other sports.
What you could make money in, for example, is through sponsorships, by becoming a great coach and having an academy of your own; as well as through publishing educational products which others find useful. You don’t need just Jiu Jitsu for all of this, but marketing skills as well.

Becoming a champion, in and of itself, won’t get you sitting on a big pile of cash. So you might as well set your intentions right: if you want to become one, do it for the right reasons and not for the money nor for the fame. If you stay consistent and play your cards right, these will come as well; but at a later date.

Therefore, when you step on those mats, let it be for the love of Jiu Jitsu and for the sake of making a mark more than anything else.