How to Mentally Deal with a Super Talented Sparring Partner 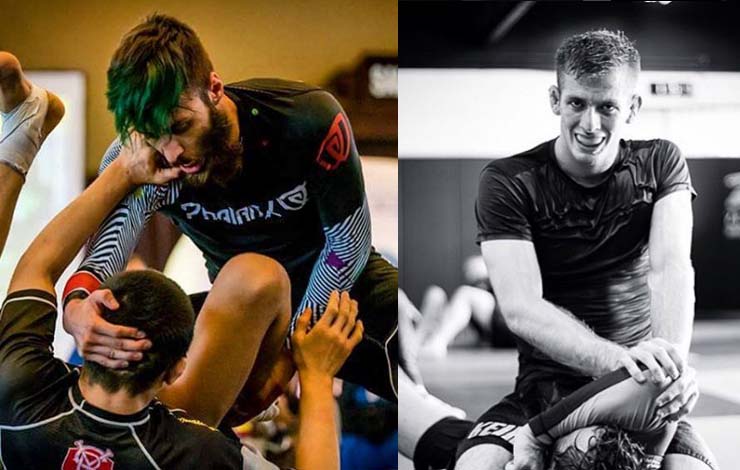 Guest post by Uros Culic from Serbia, a BJJ black belt under Ricardo Vieira and FILA Grappling World Champion who has been training, teaching and competing for the last 10 years. Uros is one of the best fighters out of Serbia who is known for his smashing, but technical style.

In almost every academy there is one guy who looks super human, has perfect genetics (he’s strong and explosive with great cardio), applies techniques that he just learned with such an ease and always surprises you with some new submission because he is so creative. For this guy it doesn’t matter which belt he is, if he’s white or blue belt he can cope with average brown belt and if he’s purple belt then he is a nightmare for everyone in the academy. I don’t want to talk about super talented brown or black belts because if those guys reach higher belts than we can’t call them talented; than they are dedicated and hardworking athletes, but that doesn’t mean that you can’t apply the same mindset to them.

If you are someone who has been having problems with a team mate who has extraordinary predispositions for BJJ and you still don’t understand why he is so much better than you and everybody else than you have to solve this by yourself by looking at this phenomenon from another perspective.

What follows is some practical advice how to cope with super talented sparring partner, but strictly psychologically speaking.

When you roll with this guy, first thing you have to do, is not to lose the fight before it starts.

This will help you to go all the way and not to give up in some semi-positions because “you know that he’s going to take it”. This will also evolve your game tremendously because you are giving your best against such a good sparring partner.

Second you should do is to focus on yourself and not on him; don’t make scenarios in your head and don’t be in constantly expecting that he’s going to dominate you.

You should try different moves on this guy, because that is the only way to break him down a little bit and maybe even catch him.

Third, always be active. There is no point in waiting because than he becomes playful and relaxed and then it’s when he’s the most dangerous. It is better to make a mistake than not to try at all.

Fourth, don’t look at him as someone you have to beat or as someone against you have to resist being submitted. Look at him as a tool that will help you to better your game. If you approach him this way you won’t be disappointed after losing to him and you’ll start to notice small things that you gained from rolling with him.

Fifth and most important is not to be mad at yourself because you can’t beat this guy. Not everybody is gifted with the same goods. No matter how hard you are working to achieve something somebody out there is going to produce same results or even better ones with much less effort.

This isn’t your fault, it is just the things are. You have the option to despair or to accept the things how they are. You can only work with what you have and with time, if you are persistent enough, you will become the best version of yourself. Believe in jiu jitsu, you never know what waits around the corner and where your undiscovered potential lies.