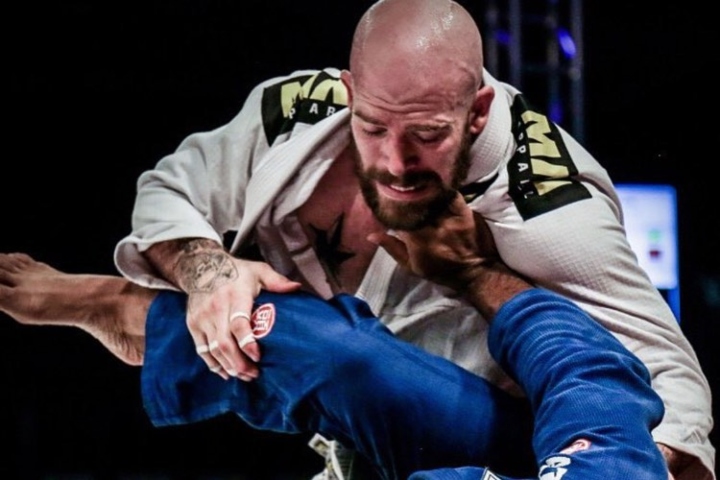 Guard passing can be incredibly difficult, especially when you’re rolling against a talented opponent whose guard retention skills are off the charts. That’s why it’s vital to learn not just the techniques, but also the guard passing concepts.
Kit Dale is known as an elite BJJ athlete who places a heavy emphasis on the conceptual understanding of Jiu-Jitsu. In a recent Instagram post, he decided to share his guard passing insights:

Conceptually, there are two main ways of how to pass the guard. The original one, which most people use, is to pass the feet and legs first; then to control the hip or upper body by breaking through their frames and pin them there. They use a “ladder”-style effect: feet, knees, hip, torso, shoulders, to pin them.

This all makes sense! But it makes the process extremely predictable, plus it leaves the most difficult part for the end. Meaning, that by the time you get to the end, your opponent knows exactly what you’re trying to do and has enough time to either defend or counter it.
So, the hardest part of what you need to achieve becomes the most obvious part.

He proposes a solution:

My concepts for guard passing are simple: attach yourself to their upper body, pass their legs, close the distance, and stop them from rolling or making space.
The reason this is, in my opinion, the most effective way of passing guard is as follows:

1. People expect you to pass the legs first so they don’t expect or care if you attach yourself to their upper body early.
2. Breaking your opponent’s frames is far harder than passing their legs.
3. It’s far more energy-efficient than the old style of passing your opponent’s legs, breaking the frames, and then securing the control.

Dale breaks down what he does in guard passing concepts even further:

What I do is I get past just the feet first, so that they can’t stretch me back. I’m staying nice and close to them. Remember: their legs are stronger than my arms, so if they can stretch me out I’m going to lose that battle, or use too much energy trying to keep myself close to them.
Once I pass their feet, I then start to secure their upper body. I secure upper body grips by getting really close to their upper body, ideally chest to chest.

I make sure I get so close that when I do pass the legs, they can’t push me off. Now, why does this work? Usually, this way is much easier because they’re not worried about you trying to get close to them, because their legs are still in the game (they still have their guard), so they feel comfortable. But it’s an illusion.

Because once I get that control, it’s very easy for me to pass the legs (which is the easiest step), and then they’re stuck there not being able to push me away.