Joe Rogan: “I regret not taking a selfie with Donald Trump” 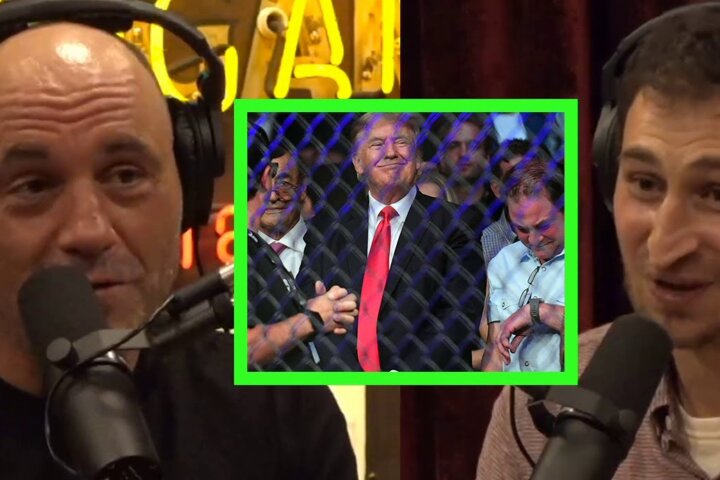 Joe Rogan, the UFC’s most beloved commentator, took it to his Joe Rogan Experience Podcast to share the details on meeting the former President of the United States – Donald Trump.

The famous podcaster was on his commentator duty for UFC 264, an event that featured a fight between Conor McGregor and Dustin Poirier. Given the importance and the hype of this fight, there wasn’t a shortage of celebrities in the stands. Dave Chappelle, Justin Bieber… You name them, and they were probably there!
One of the biggest names in attendance was Donald Trump, who is known to have a good relationship with Dana White (UFC’s president).

Rogan shared his experience of meeting Trump on his Podcast:

[Met] him when I was working. I had my headphones on and I said: ‘Hey, how’re you doing man? Nice meeting you’, shook his hand and got a video of it. It’s kinda hilarious. He’s like: ‘Oh you do a tremendous job, amazing job, good job.’

Joe than shared that he has just one regret from the experience, and that’s not taking a selfie with the former POTUS:

I should have got a selfie with him, f*ck. What are you going to do? It was weird. It was very weird. When he walked in though, I’m telling you man they cheered the f*ck out of him.