Is BJJ Really Not For You… Or Are You Just Too Lazy? 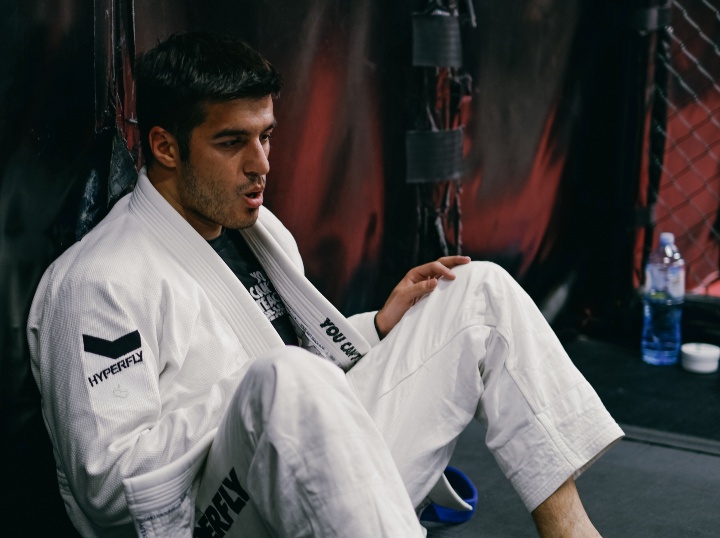 Tough times come and go; they aren’t meant to last, but to pass and teach us an important lesson or two. This is true for most of life’s experiences, including the ones in Brazilian Jiu Jitsu… But sometimes, these moments pile up in excruciating numbers, and we’re left asking ourselves: „Is BJJ really for me – or did I choose this sport by mistake?“
Sure, that is a possibility. However, it may also be true that BJJ actually is for you; but you’re just too lazy!

Yup, there’s a real possibility that you’re in the wrong martial art and sport. But how can you know that this is for certain?

The first thing you have to realize is – just because you might not be particularly talented, that doesn’t mean you’ve made a mistake. There are a number of insanely talented Jiujiteiros that’ll never reach their full potential due to one, very simple, reason; they don’t like training BJJ.
And that is the second thing you have to ask yourself, which actually points towards the fact if Jiu Jitsu is your cup of cake or not. Simply enough: how do you feel coming to your BJJ class? Are you, most frequently, happy or lethargic? Does the thought of learning new techniques and hanging out with your teammates excite you more often than not?

If you’re (most of the time, yet again, as everyone has days when they don’t „feel it“) joyful when the thought of Jiu Jitsu crosses your mind, then you’re in the right sport – no matter what you may think or believe of your talent.
On the other hand, if BJJ has turned into something that you haven’t been enjoying for quite a while, and if the mere notion of rolling brings nothing but anxiety… Then yes, BJJ is definitely not for you.

BUT WHAT IF YOU’RE TOO LAZY?

So, if it is the case that Jiu Jitsu brings a big smile on your face, and you’re still wondering if it’s the right sport for you, then your problem probably lies in your expectations and their realizations. That is, if you have certain expectations for your BJJ „career“ and you’re failing to meet them, you’ll be second-guessing yourself.
But that’s where the catch lies. Namely, you need to ask yourself if it’s your laziness and mistakes the things which’ve brought the lack of success?

In other words, just how much of what you see as your BJJ failure is a by-product of you being too lazy? You have your goals – some big and some small, some so enormous that you don’t even dare to share them with others – and that’s great. But the question is whether or not you’re ready to invest all the time, effort and blood (sometimes quite literally) necessary for these expectations to come true?
Your expectations, goals and dreams are one thing; it feels amazing to think and daydream about them. But if you want to fulfill them, that’s where the consistent action takes priority.

STOP THINKING ABOUT IT AND JUST DO MORE

In conclusion, you shouldn’t think whether BJJ is the right fit for you or not. If you’re happy and Jiu Jitsu makes you feel more fulfilled, then continue training!
But it’s also necessary that you don’t link your everyday training „failures“ to the question of staying in the sport or not. Take it for what it is, as it’s most important to be fully invested in your activity; but if you want to be better, then taking on responsibility is the best thing in the world.