Improve Your Side Control Defense With The “Iron Squirrel” Principle 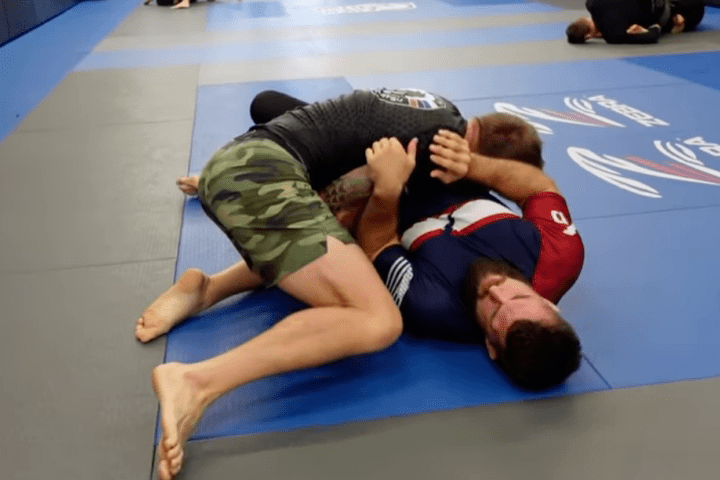 Are you someone who tends to start panicking when people pass your guard and get you into Side Control… And kinda don’t know how to successfully defend and escape from the position?
If so, then you simply have to give a shot to the iron squirrel principle. It’s a term coined by the one and only Nick “Chewy” Albin, and it’ll greatly improve your Side Control defense.

The iron squirrel principle is, essentially, made up from two components. The first one is keeping inside control with your hands. You’ve probably heard it a million times from your coach, on instructional videos, and similar – but it bears to repeat… It’s extremely important that you keep the inside control as much as possible.
Inside control = more successful offense and defense alike. So keep your hands tight to the inside of your body when you’re in Side Control; at least if you wish to frame better and to not get submitted as easily.

The second component is hand fighting. Yup, you’ve heard it correctly – hand fighting. Not for grips, but against the training partner’s attempt to move their own hands, head, and entire body into a more dominant position.
You’ll have to practice this a bit and it’ll take some time until your coordination gets to a point of impressive defense… But if you keep going, it’s just a matter of when it’ll happen.

Check out how Chewy does it on the video below: