How to Avoid Ankle Injuries in Brazilian Jiu-Jitsu 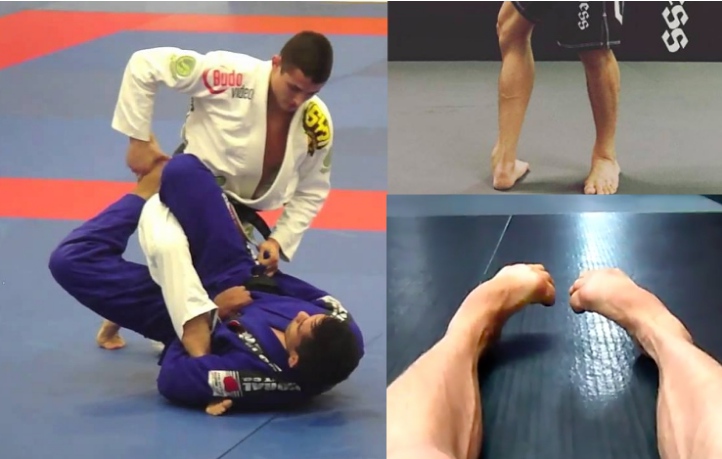 Ankle locks and leg attacks are part of the game. Unfortunately, ankle injuries can be detrimental to your progress. The last thing you want is to be limited to just playing guard hoping that you can somehow catch your opponent from the bottom. Having an injured ankle can also stop you from working on your passing. Perhaps, you’d be limited to passing on your knees instead of doing your usual mobile passing sequences.
In the US alone, 25,000 people sprain their ankles daily. And half of the incidences came from athletic activity. As for more serious injuries, 1 million people visit the emergency room annually because of ankle injuries.
Given the physicality involved in Brazilian Jiu Jitsu multiplied by the number of leg lockers in your gym or your bracket if you are competing, you will most likely experience limping with one leg at least once in your grappling life.
How do you avoid ankle injuries in Brazilian Jiu Jitsu? Though there is no magic pill that can suddenly make your ankles as flexible as Paulo Miyao’s joints, here are some options that you can do to avoid ankle injuries.

Know the mechanics of foot locks

One of the reasons why a lot of practitioners get injured is because they don’t know what’s coming. Knowing the setup and the mechanics for the foot lock allows you to address the problems early.
In Brazilian Jiu Jitsu, there are many ways your opponent can catch your foot/ankle. For white belts up to purple belts, straight foot locks are allowed. Let’s not forget that there are a variety of straight foot locks. Whether it’s Dean Lister’s straight ankle lock or Mikey Musumeci’s Botinha variation, you have to know how each straight foot lock variation works. This allows you to address the grips and be able to stop the attack from progressing.
The ways to attack the ankle increase even more once you get your brown belt because of toe holds. And just like straight foot locks, you need to know how it works for you to fight for the right grips and find the right angle to stop the submission.

Though it is a small detail, having an active foot can help buy you some time when it comes to preventing ankle lock submissions and injuries. It means engaging your calf to make sure that your opponent doesn’t just stretch your instep easily. This will prevent the foot from being hyperextended.
Have at Least Three Counters to the Foot Lock
One of the reasons why your opponent keeps on attacking your foot is because you have a timid game. Having a timid game is equivalent to giving your opponent an opportunity to advance a position or even attempt submissions.
Expect some training partners and opponents to spam foot locks. Some opponents and training partners use the same technique over and over again while others will mix one to three foot lock variations to confuse you. Instead of just always defending, it is also a good idea to make them pay for their sloppy foot lock attempts.
Have at least two to three counters to the foot locks or toe holds to take their attention away from their attack and start defending.

Proper strength and conditioning can also help give you an extra layer of defense against injuries. Just like in any other sport, injuries happen when the body is not prepared for the activity. The same can be said when it comes to avoiding ankle injuries.

Train With Someone You Trust

The last thing that you want is to go with someone who has the reputation of hurting training partners. One of the biggest misconception is that you need to always say yes when someone asks you to spar. If you don’t feel confident about a training partner going easy on their foot locks, learn to refuse their offer.

You also want to tap often. Ego sometimes overrides the most logical choice which is to tap. Unfortunately, even black belts tend to wince in pain and risk stopping for a few months because they don’t want to tap. Though tapping out might hurt your ego for a brief moment, this is a great way to avoid injuries.
You also don’t want to tap when it already feels bad. Instead, you want to know the right timing to avoid unnecessary damage especially when the move is already locked in. Finding yourself with an opponent on belly-down position cranking the foot lock is already a checkmate 90% of the time. Why risk getting sprained and taken off the mats for months if there is nothing you can do anyway?

Rest and See a Medical Professional

A lot of practitioners tend to just tape their injured joints and roll anyway. What they don’t realize is that there are instances when a slight discomfort can become worse and develop into a serious injury. A sprain can turn into something worse. Or what if you are already dealing with a fractured ankle and it would eventually cause mobility issues if not addressed properly?
If you find yourself injured, be sure to do first aid. And ideally, have it checked by medical professionals. X-ray, MRI, and other diagnostic examinations might be needed to see the extent of the damage. Rest can also do wonders to the body.
Wearing an ankle support can also help during recovery but consult a specialist before returning to the gym.
Ankle injuries are common. Though most of the time it is just a minor sprain, you still have to do what you can to avoid these injuries to be able to roll 100%. Have you had your ankle injured before? What do you think of these injury preventive strategies?