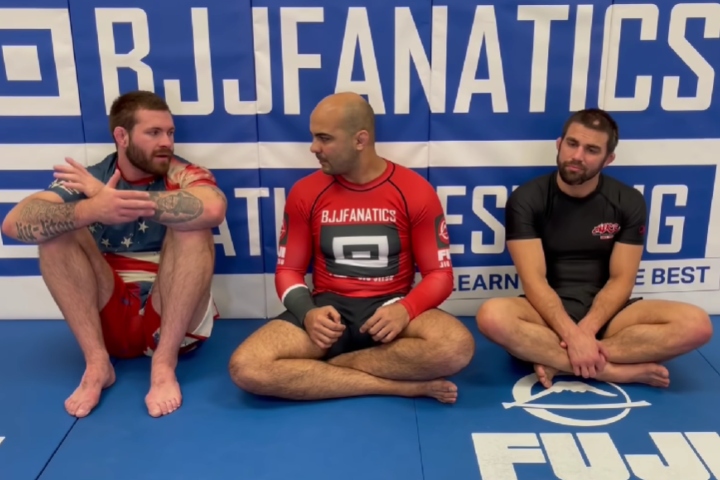 If you’re looking for ways to up your training, then you need to listen to advice from professional athletes. For example, from Gordon Ryan and Garry Tonon. Both of them manage to train 7 times per week, even when injured or sore. So, how do they do it?
In short: they follow certain training principles. For instance, Gordon says that he doesn’t train hard all the time:

It’s a misconception that [when] you go to the gym, every time you go you [should] do hard rounds, trying to win every round. If you do that… It’s hard to keep up. So, for me, a lot of the sessions are a lot lighter.
If I get tired, I back off. Maybe I just work on the defensive stuff; let them put me in submissions and try to escape them. Maybe I get submitted, maybe I get pinned, whatever the case is… But it’s training, you know – who cares?

I don’t take one day specifically off… Because sometimes I feel great on a Saturday or Sunday. So, I just manage training every day by how I feel on that day.

Garry trains perhaps even more than Gordon does, because he trains for MMA as well:

I definitely have more training sessions because I do MMA now. So, it’s tricky… There’re so many different aspects to the sport that I have to be working on at any given moment in time.
So, at a bare minimum, I’m doing two sessions a day. Because I’m trying to keep up with Jiu-Jitsu as much as I can; but at the same time, I’m doing mixed martial arts as well and trying to make that my main focus.

But what about when you feel sore? How are you supposed to train on those days, if you’re like Gordon and Garry, who train all the time? Garry answers:

[In this case] the idea is: “I’m going to train as much, or in such a way in which this injury – at a bare minimum – is staying where it is. But, hopefully, is getting a bit better each day.
If I don’t feel that I can find a way to train in a way where this injury is getting better while I’m doing that training, then yeah – maybe it’s time to sit out.” But I will say that this is rarely the case. Most things are probably things you can find a way to train around.

Make sure to hear the rest of Gordon’s and Garry’s effective training principles, on the video below: