Eddie Bravo on Being Snubbed By GracieMag in 2003 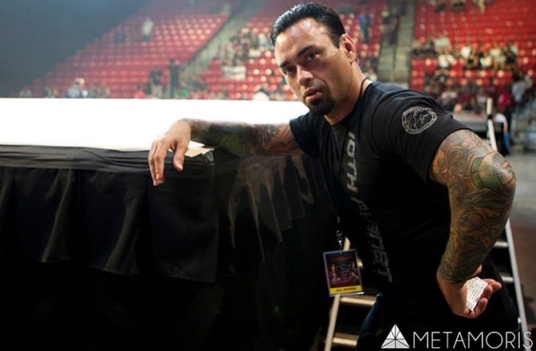 These days, Eddie Bravo needs little introduction: he’s one of the most famous contemporary jiujiteiros and coaches, and one of the most deserving figures for the promotion and popularization of BJJ across the world.
It was back in 2003 that he created his first big splash in the BJJ community, doing it by submitting the legendary Royler Gracie via triangle in that year’s ADCC. On the Mo Hosani 360 Podcast, he has shared his little known story about getting snubbed by Gracie Magazine after that win.

Eddie first mentions the atmosphere after winning against Royler – it was a fantastic one! He was in a lobby room of a hotel where all of the fighters were and he felt, in his words, as part of a family. „It wasn’t like a foreigner tapped out the prince“, says Eddie, even though Royler was a top competitor and was winning everything in the Gi and No Gi alike.
He recalls a journalist from the Gracie Magazine approaching him in that lobby, showing him the picture of his winning triangle and telling him that they would be putting that picture on their cover page! Eddie says that he felt great about that.

So, Eddie flies back to the United States and is all excited! He is very happy about the all experience and everything that has happened, talking about it with Jean-Jacques Machado and his wife. He is joyous even more so because he’s going to get featured on the cover of the GracieMag… But, then, Jean-Jacques Machado’s wife tells him:

„No, they’re not going to put you on the cover of the Gracie Magazine.“

Being confused by that claim, Eddie says:

„But, Luka (the journalist) told me they were!“

Upon which she replies:

„Do you really think that they would do that to Royler?“

Confident in what the journalist told him, Eddie comfortably claims:

„Yeah, they told me they were going to do that!“

„And you know what? She was right“, Eddie goes on to tell Mo on the Podcast.

For, as he explains, it wasn’t only that Gracie Magazine never posted that picture on their cover; but that they didn’t post it anywhere at all! Eddie says that all there was about his win over Royler had been a short, unremarkable sentence.
However, because Eddie popped his rib when he fought Léo Vieira in the semifinals, he was unable to fight for third place – so the ADCC’s organization team had to give Royler an opportunity to fight for bronze, where he won against Alexandre Soca. And Eddie points out that the Gracie Magazine had taken that opportunity to showcase a really good photo from that fight – basically, in Eddie’s words, sweeping his match and himself under the rug and burying it.

To conclude, Eddie goes on to tell Mo that, in that moment, he felt as if the Brazilian Jiu Jitsu community did not really care about him all that much. And, as he says, when you combine that state of affairs with the fact that he has already become known as the „No Gi guy“ – which he implies was normal for him, since he originally got into BJJ because of what he saw in the UFC, where nobody fought in the Gi except Royce Gracie – he sort of started getting the feeling that, at some point, there would be problems emerging down the road because of those exact reasons.

Watch the video below to see the insert from the Mo Hosani 360 Podcast, where Eddie tells this story: