Body Squeezes And Pressure – Use Them To Get The TAP 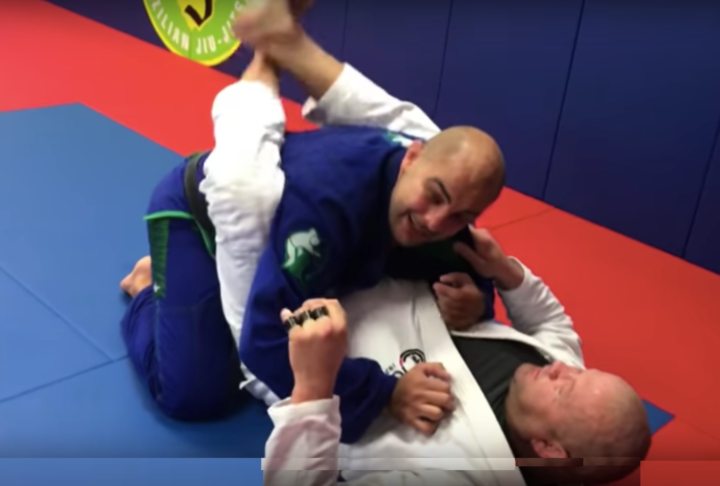 There are some techniques and details in BJJ that are borderline… Just plain harsh. Using pressure and body squeezes to get the tap certainly falls into this category.
Let’s take a brief look into why you should (and shouldn’t) use pressure and body squeezes for tapping out your opponents and training partners; as well as some of the tips that will help you get the submission.

SHOULD YOU USE BODY SQUEEZES AND PRESSURE TO TAP PEOPLE?

The question that you should ask yourself first, way before using the body squeezes and pressure to tap out the other Jiujiteiro, is should you use it.
The answer depends on where and whom you’re rolling against.

As far as the tournaments are concerned, lots of them allow for body squeeze/body lock type of submissions. It’s just a matter of whether or not it’s allowed for your belt or experience level. So, do your research – as you should always do, unless you want to be DQ’d.
But as far as it’s the person you’re rolling with that’s concerned… That is a whole other story.

If you’re competing at a tournament, body squeezes and pressure shouldn’t in any way be your primary submission options. When people compete, you can rest assured that they will try to ride out the discomfort and the pain; so you’ll need to apply actual technique to get the tap.
If you are training, then using too much body squeeze and pressure power (which is usually necessary for getting the tap) can make you unwanted enemies. And it could injure your training partners.

IT CAN INJURE PEOPLE? SO HOW DO I USE IT?

Yeah! Body squeezes, in particular, can lead to injuries. As they’re generally applied around the rib area, they can – at the very least – end with popped ribs. Trauma to the kidneys, whether a short or a long-lasting one, is very real as well. So, you need to be careful when using it.

In training, don’t use body squeezes and pressure to the maximum of your abilities. Instead, use them as a means to reinforce your position. As a means for making your training partners a bit more uncomfortable, so that more submission opportunities open up.
When competing, however, go for it! As long as it’s a legal move, there are no holds barred.

Even if you don’t tap them out, they’ll become tired and demoralized. They’ll make mistakes. And that’s just what you need.

SOME TIPS ON IMPROVING YOUR PRESSURE AND BODY SQUEEZES

To tap them out using pressure, the first thing you ought to do is restrict their movement. If they can move and squirm about, nothing will happen. Also, it’s important that you get into an advantageous position and solidify it beforehand.
To initiate the pressure-tap, make them bare as much of your weight as possible (without losing your balance), concentrating it onto one area – at best, their sternum/diaphragm. This will restrict their breathing. (Bonus points if you pull themselves to you, such as by their collar in the Knee On Belly position).

Now, as far as body locks are concerned, you also need to get into an advantageous position first. The two of the most ripe positions for body squeeze taps are the Closed Guard and the back.

If you’ve gotten them into Closed Guard, break their posture and climb your legs up to their ribs. Reinforce this by using an S-Grip with your arms behind your legs, on the opponent’s back; then, squeeze as hard as you can.
For when you have the back, initiate the Body Triangle. Here’s a great article on it.