The Most Common Way of Injuring Others When Rolling (Be Careful) 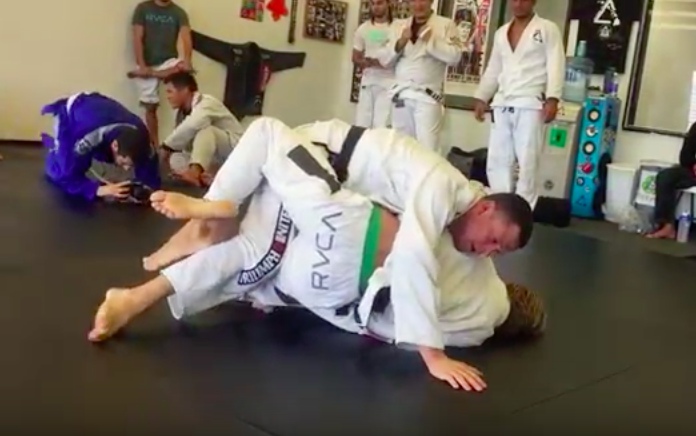 At the same time, this is where accidents can happen and you could get injured (or injure your training partner).

Sure, accidents don’t happen that often, but I believe it’s important to prevent them from happening as much as possible.

Or if you get caught with a submission, you tap early.

It probably sounds obvious so far. And I’m sure you do practice such precautions.

But then, there’s something I keep seeing pretty much everywhere I have been to, especially among white and blue belts. Some gyms may have an explicit rule about this situation (my gym back in Japan has one*), and your gym may be one of them… in that case, that’s great for you and your gym.

It’s a sparring session. You and your training partner are trying to take each other down.

You notice that there’s another pair rolling right behind your training partner. One playing the guard, and the other trying to pass the guard from his knees.

You also notice that you’re dominating your partner pretty well and you can probably shoot for double leg and take him down now.

What would you do?

Or what if you were the ones on the ground?

When I put it this way and you read it in texts, it probably sounds really obvious. But, this is the kind of scenes I mentioned seeing almost everywhere I have been to (probably over 100 gyms).

I understand it can be frustrating when you feel it’s the perfect time to hit your big takedown or big sweep, or to pass with horse kick, but you can’t do such moves because of others around you.

I like using a spider guard sweep that throws my opponent forward as well. But I often find myself not being able to do that because of the lack of space.

But, instead of just feeling frustrated, you can choose to use this limitation to work on moves that don’t require big space or that you can have great control over your opponent. This is a great option if your gym doesn’t have enough space at that time and finding safer space is difficult.

The bottom line is… pay attention to training partners around you and avoid doing potentially dangerous moves that may cause a preventable accident to them. Instead, either find safer space or work with that limitation.

Stay away from injuries, and stay on the mat as much as possible!

*The rule at my gym is that lower belts give way to higher belts in principle.