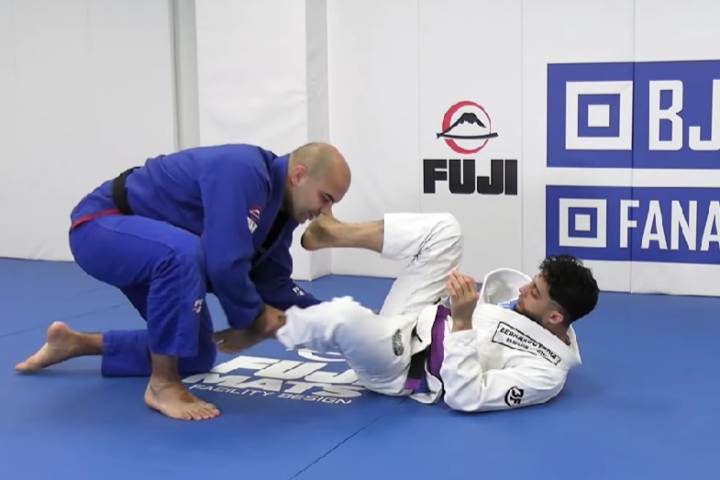 The Open Guard can be tricky to pass… Especially if you’re an older BJJ student who isn’t exactly used to passing with speed and power. Torreando passing might not be for you, but you know what could be? One form or another of pressure passing.
Bernardo Faria decided to share one such pass in his recent video; the almighty Over Under. Here’s how to do it.

THE OVER UNDER PASS: PERFECT FOR OLDER BJJ STUDENTS

Given the fact that you’re probably an older BJJ athlete, you might prefer starting from your knees when passing the Open Guard, rather than on your feet. That’s completely alright; for, the Over Under Pass can be done both from the standing and the kneeling position.
To start with this pass, you’ll first need to isolate the training partner’s foot. If you don’t do this, they’ll be able to put you in all kinds of dangerous positions, Triangle Choke being one of them. So, grip (and almost “slap” as you do so) the partner’s foot and push it down and towards you as you approach them.

Then, as you collapse on top of your training partner, grasp over their leg with this pushing arm and grab underneath their other leg so that you block their hips on this side as well. Make sure that your chin is connected with your hand on this side as well.
Here’s how to do it in action, as demonstrated by Bernardo Faria: