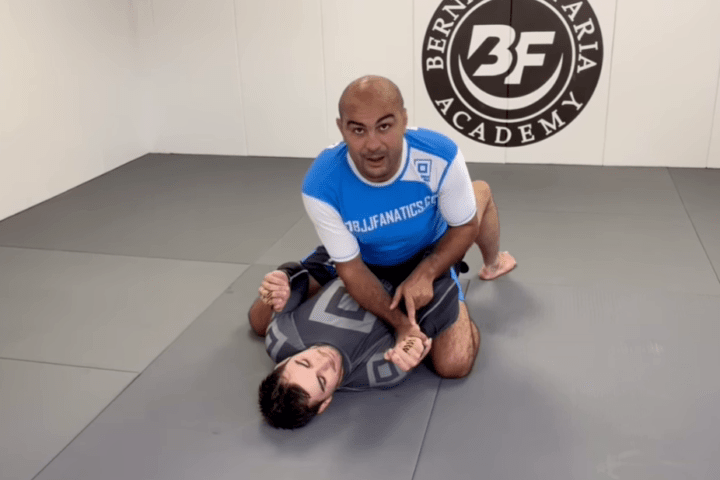 When you reach your BJJ black belt, you’ll have heaps of knowledge and won’t have anything left to learn… Right? Especially when you’ve been rolling at that level for years?
Wrong. Even if you’re an elite athlete, there’ll always be new and exciting things to learn. For instance, Bernardo Faria has recently learned a really simple trick from Gordon Ryan; a trick, that will improve your submission success from Mount in leaps and bounds!

You probably know how difficult it is to tap someone out from Mount, especially when they keep their arms tight to their chest. You keep pushing against one of their arms, in an attempt to collapse them to the mats… But it’s almost as if it’s impossible to isolate them and transition to a submission or to a more dominant position.

Well, it won’t be so if you use the technique Bernardo was taught by Ryan. Namely, instead of gripping the opponent’s wrist as you’d usually do, you’re going to do it with an underhook grip. And then you’ll push the opponent’s arm down to the mats – with surprising ease!
Once you do this, you’ll either be able to transition to submission finishes immediately; or the opponent is going to defend and you’ll be able to transition to an even higher Mount, a Back Take, or an Armbar setup on the other arm.

Check out the details here: