Caio Terra: “When I First Started BJJ, I Was Forced To Do It By My Mother” 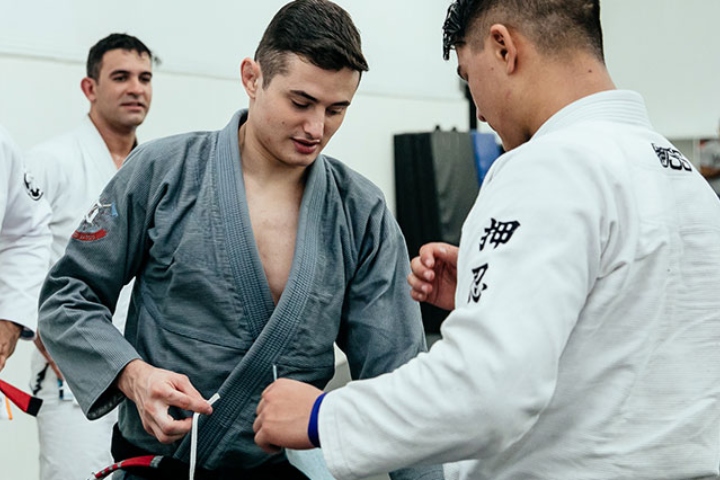 Every Brazilian Jiu-Jitsu student has a different story so as to why they’ve started training. And the same is true for elite-level BJJ athletes; such as Caio Terra, who is a 12x world champion – and who earned his black belt in just 3 years of training.
Caio had an amusing start. Here’s what he shared in an interview with BJJ Eastern Europe:

When I first started training Jiu-Jitsu, I was forced to do it by my mother. So… I never gave BJJ a chance.
The moment I started wanting to train was when my mother told me that I didn’t have to train anymore. When she didn’t force me anymore, that is when I made a choice to keep on training – and that’s when I found love in Jiu-Jitsu.

Moreover, Terra wasn’t all too good in BJJ. But he kept going, having been inspired by his teachers:

When I first started, I wasn’t really good. I couldn’t do any of the techniques that we practiced, that we drilled and did during sparring, plus I was too small and really weak. Everyone was much bigger than me.
So… Although people would say that Jiu-Jitsu wasn’t for me, back then I would look at my teachers who were small compared to the other people, but that have still been able to defeat bigger training partners.

For that reason, I thought – if they could, why wouldn’t I be able to do it as well?

Read our full interview with Caio Terra on the following link.