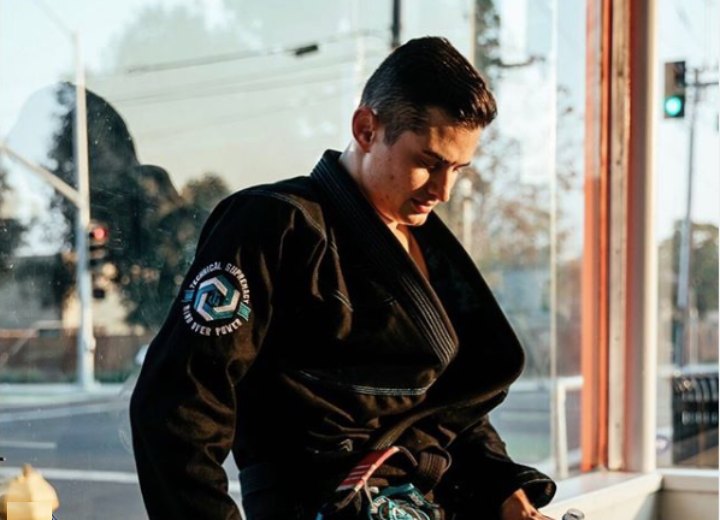 A 12 time world champion that got his black belt in under 3 years of training? He must be a superhuman, right?
Well, kind of, but not exactly. Caio Terra is perhaps the best roosterweight in the world today, and one of the jiujiteiros that have gained their black belt rank in the shortest span of time. However, it has not always been that way; when he first started training BJJ, he was forced to do so by his mother and he did not take pleasure in training at all.

But that changed rather quickly. Why? And how did Caio make such fast progress? Read more about it in our interview with the man himself below.

BJJEE: Thank you, Caio, for taking a portion of your time to be a part of this interview. Now, you’ve got quite a story behind your BJJ beginnings – it is fair to say that you haven’t quite liked BJJ at the very start.
Could you tell us a little bit about that story, why did you not like jiu jitsu at first? And what made you fall in love with it afterwards?

Caio: When I first started training jiu jitsu, I was forced to do it by my mother. So… I never gave BJJ a chance.
The moment I started wanting to train was when my mother told me that I didn’t have to train anymore. When she didn’t force me anymore, that is when I made a choice to keep on training – and that’s when I found love in jiu jitsu.

When I first started, I wasn’t really good. I couldn’t do any of the techniques that we practiced, that we drilled and did during sparring, plus I was too small and really weak. Everyone was much bigger than me.
So… Although people would say that jiu jitsu wasn’t for me, back then I would look at my teachers who were small compared to the other people, but that have still been able to defeat bigger training partners.

For that reason, I thought – if they could, why wouldn’t I be able to do it as well? 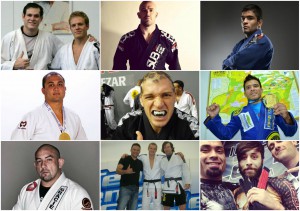 BJJEE: Your success, built by winning a large number of tournaments both in your weight and in the absolute division, has turned you into being the arguably most successful roosterweight of BJJ today.

This is also displayed through your quick rise through the belt ranks – you’ve achieved your black belt in around 3 years!
What do you think has made you progress that fast? Is there a specific approach, either physical or mental, that you took on?

Caio: What happened was that I was always good in school. So, I started taking the approach of „school“, instead of doing what everyone else was doing in practice.

And in school, you can always see the same thing, you know? I was always good in school, but there were always those other people who could make some good grades at the beginning. But, by the end of the year, they couldn’t repeat those grades – because, in order to repeat that excellence, you need to study during the full year. Not just for, like, the last two months worth of studies.

So, whoever studied for two days before or one day prior to exams, by the end of the year they didn’t memorize anything. I was good because I always tried to study and understand what I studied from the beginning. And when you understand something, not only can you modify and adapt much easier when things get more complicated, but you also remember it for life. That is because you understood it, versus the case if you were just mimicking it.

BJJEE: Your story of building a mat space in your house is also a really interesting one! It says that you, essentially, made a place at your home to train in at all times – even after midnight!

Do you have any interesting stories from that time, that you would like to share with us?

Caio: When I started building the mat space, it was basically because I needed more time to train. I needed time to study and the gym wasn’t always open, plus I was also going to college at the time.

At first, I only had mats in my room. I had a really big room, and I took all of the stuff out of it to the back… I took everything out and just put the mats on. But, eventually, we ran out of room because there were too many people wanting to train with me.

This was because, back in the day, you couldn’t just train with people from the different gym. People would get upset, they would get mad if you did that. And the teachers usually didn’t like that as well. Today, it is more open in regards to that, but back in the day it wasn’t… So, people would come into my house, because my house was not a gym, and then everyone would train with everyone. You could train with your friends and there would be no conflict with the instructors.

But then, a lot of people started coming, including black belt world champions that I would sometimes get a chance to train with. As we all grew, I had to do something about the lack of space. So, I had to take down the walls of my house and to pretty much make all of my house into mat space.
When I asked my mother about it, she wasn’t really in favor of it. She wasn’t living in the house, you know, but she didn’t want me to destroy the house either.
I was trying to convince her. And she was like: „I don’t want to do it, I don’t want to do it.“ I was trying to convince her a lot.
But, there was also this one guy there that was supposed to make the construction. And this guy said: „Oh, this right here is impossible to break. It will take like 2-3 days to break because it is pure cement and brick.“
So, while I was with my mother in the living room, that guy was just checking out the walls in my room, which connected to the mentioned living room. I almost convinced my mother – she was saying: „Okay. Maybe next week I’ll get my stuff out and the TV out and couch and especially my paintings out of the walls, and only then you might be able to do it. But not right now, not today. You can take that guy out of there because we need to think it through. Just give me some time and I will get everything out.“
And as I’m finally convincing her, the guy is telling my friends in the other room that it is impossible to break the walls and that he’s just going to give it a shot. He wanted to show my friends that the wall is too thick and that it is never going to break. And as he gives that one try, the whole wall comes down! (Laughs) And it destroys everything in the living room!

My mother’s paintings, the TV, the table… (Laughs) The wall came down and the bricks destroyed everything in their way. There was so much dust everywhere and everything was pretty much wasted. After that, my mother left the house being really, REALLY upset with me and didn’t even want to talk to me..
But, on my own end, I just wanted to try it out. And he was trying to prove to my friends that the wall was too thick – and it truly wasn’t. (Laughs)

Caio: Over the years, what I’ve figured out was that the one and only talent you absolutely must possess – the quality that you must have in order to succeed in life or jiu jitsu – is the inclination and willingness for hard work.

Jiu jitsu is not an easy lifestyle, it is a difficult lifestyle. You must train when you’re sick and when you’re injured, you have to keep on studying the game… You must keep on training not just when tired, but when you’re completely fatigued as well.
Jiu jitsu is not the healthiest thing to do when you do it too much. I mean, sure, jiu jitsu is really healthy when done in moderation, like everything is. But, doing it too much is not good for you. And I think it requires a lot of sacrifices in order to become a world champion, you know? You have to do the things that others are not willing to do. You have to work harder than anyone in order to succeed.

Also, like I mentioned earlier, in order to achieve the best technique you can, you need to study and then you must drill what you’ve studied – and to observe, during the drilling part, whether the technique works or not. Drill, but not just to drill. Instead, do it with some kind of a resistance. After you do that, then you should try applying it in training.
If it does not work in training, you have got to go back to studying again and look for the reasons because of which it didn’t work. Then drill and train again. Repeat this process, until the technique works. That’s actually my motto on my online training website, which is: Study – Drill – Train – Evolve.

BJJEE: Great insight and viewpoint, thank you! Now, likewise, do you have a favorite technique? And why?

BJJEE: Interesting. And what are your plans for the future? Do you want to focus more on tournaments or on coaching and your Academy?

Caio: Well, I’m not „obsessed“ about competition, with competing. But it is something that I find joy in. I also find joy in teaching my students; that way, I find joy not just during the tournament, but every day.
Seeing them evolving – not just seeing them becoming better in jiu jitsu, but becoming better people – that truly is a lot more rewarding than me earning a gold medal.

The problem is that there is no way that I can focus both on me and on my students. One or another, or both, will end up suffering. So, I can either focus on myself, which is one person. Or, I can focus on many people and help them all, which also brings a lot of joy to me.
So, although I don’t have any plans to compete right now – as I am fully focused on my students – there’s always a chance of me showing up there and competing as I did in the Worlds.

BJJEE: Thank you. As our last question, if there is one piece of advice that you would give to a white belt, what would it be?

Now, if you try to have fun, without trying to get better whatsoever – eventually, you’ll get better. Eventually, you’ll get promoted. But, one most important thing is that you’ll never quit jiu jitsu, because you are having fun.
Of course, a balance of both is the best option, to have fun and study, getting better doing both. Because, of course, when you get better, BJJ becomes more fun! But, like in life, jiu jitsu requires balance.

—
Thank you for the interview, Caio. You can read more about Caio and see his online training programs on his website, which is packed with invaluable BJJ knowledge.