Should You Be Using A Cup When Training Jiu-Jitsu? 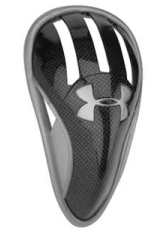 ‘If you have the required anatomy, you’ve been kicked in the balls at some point. It hurts. I know this, and you know this. But bear with me, briefly, while Rio Jiu-Jitsu Guide make a case for you not to wear a cup while training Jiu-Jitsu.

During my first classes I noticed (through my peripheral vision, I promise) that no one was putting on a cup. I had mine in my bag, I followed everyone else and didn’t put on the cup. A funny thing happened. I hit myself in the balls. A lot.

When you’re wearing a cup it’s an artificial fulcrum for the armbar. Suddenly remove the cup from the equation and you’re pulling your buddy’s arm right into your testicles. I learned quickly and made an adjustment to my armbars, setting the fulcrum at its proper place high up inside the thigh. The way armbars are supposed to be done anyway.

So I’m not surprised that the International Brazilian Jiu-Jitsu Federation (our friends who put on the Mundials, Pan American Championships, Brazilian Nationals, etc.) does not allow cups in tournaments. Article 6 of the IBJJF rules states,

Wrestling shoes or any type of shoes, head gear, shirts under the gi (except for girls) and any kind of protectors that can alter the outcome of the match in any way are not allowed in competition.

Based on the above rule, the IBJJF referees interpret a cup as a “protector” that can alter the outcome of a match. This seems like a reasonable interpretation. I have an advantage if my balls are encased in plastic and yours are not. Hence the reasoning of Brazilian Jiu-Jitsu competitors training for competition—if you can’t compete with a cup, why train with one? Similar arguments can be made for Jiu-Jitsu applied to self-defense. You’ll probably never walk into a fight wearing a cup.

Also, something interesting happens when no one wears a cup. Everyone is careful. Imagine if everyone drove their automobile with an icepick installed on their steering wheel. We would all drive more carefully. In Brazil everyone drives with the metaphorical icepick on their steering wheel. No one uses a cup and, as a result, everyone rolls with increased awareness. In other words, no one hits you in the balls because everyone else is keenly aware of their own vulnerability.

Case in point, when I pop back in to visit the U.S. I invariably train at gyms where most guys use cups. I get knocked in the testicles almost every class since I don’t use a cup anymore. But In the last 100 or so hours of training in Brazil, I’ve been hit in the balls exactly one time by my own fault during a clumsy pass from de la riva guard to side control. Time to full recovery: 30 seconds. Pretty minor.

Naturally, there are some concerns about reduced fertility from getting knocked in the testicles from time to time. But if you do a bit of research online, and speak with your primary care physician, you’ll find that if you’re on the receiving end of a testicular injury so severe that you become infertile, infertility itself will be the least of your worries. But these injuries are rare. I’ve never heard of one occurring on the mat in Brazil. And if YouTube is any indication, these types of injuries seem more likely to be the result of poor decisions made outside of Jiu-Jitsu.

There are a couple of other view points on this issue, including by MyBJJ.com and JiuJitsuSweep.com, but they both ultimately arrive at the same conclusion–that it’s a matter of personal preference.

For the reasons we’ve outlined above, we would disagree and take that stand that if you’re wearing a kimono in Brazil, don’t wear a cup. Ever. Anyone telling you that you need high-tech plastic protection is probably just marketing something with their logo on it. Save your money for more Jiu-Jitsu and coconuts.”