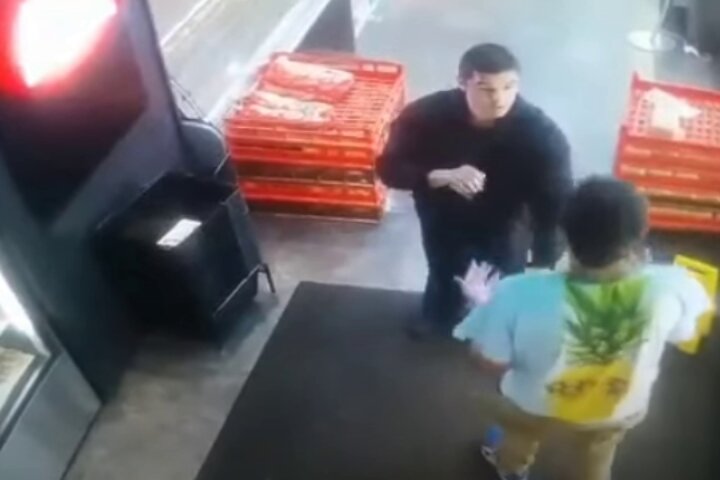 Knowing even just a little bit of Brazilian Jiu-Jitsu can take you a long way in dealing with threatening situations. While it’s good to mix BJJ with other (striking) martial arts if you want to train strictly for self-defense, you’ll have some advantage over the other person even if you’re a white belt.
That’s what appears to be true on the video below as well. A security guard who’s working in a store used Jiu-Jitsu to overwhelm and stop a confrontational man!

While it isn’t 100% clear what is happening on the video, you can notice that the security guard first spends a solid amount of time arguing with the person. The man he’s arguing with seems to want to get into the latter part of the store.
However, as the man in question becomes a bit more aggressive, the guard decides that it’s “go time”. He shoots for a Double Leg and takes the man down, landing into Side Control. He attempts to move to Mount, but then retreats back to Side Control for good measure.

In the description of the video, he claims to have been a white belt back then:

I was a White belt at the time and I am a purple belt now. It just shows even as a beginner that knowing some Jiu-Jitsu can really help in real life situations.