BJJ Guy Mounts an Alligator And Saves a Woman’s Life 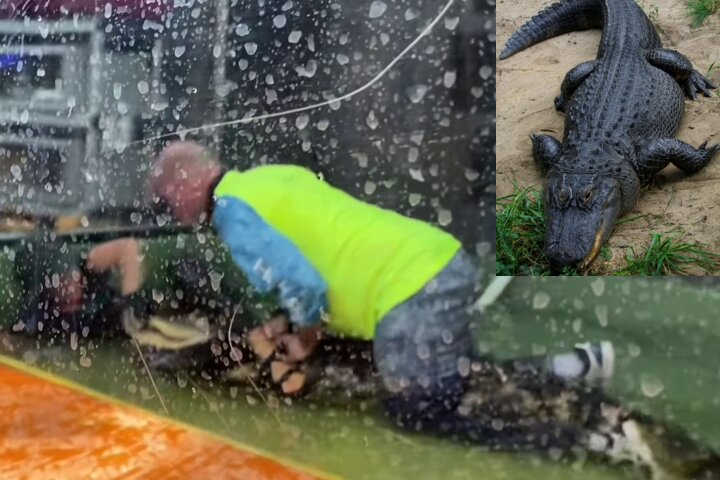 Training Brazilian Jiu-Jitsu – or any sort of martial art, for that matter – can be of great help in dangerous situations. But that isn’t only the case when it comes to saving yourself (or others) from other people… But also when it comes to wild animals!
One guy used his apparent grappling/BJJ skills to good use in that regard – against an alligator.

When one of the employees at the zoo approached the alligator (in what seems to be an attempt in feeding it), the animal launched into attack – biting down the employee’s hand. He kept the bite on the hand, engaging in the feared “gator roll”, which can literally separate limbs from the body. Luckily enough, the employee rolled with the gator and managed to defend from the its attack.
But her luck didn’t stop there.

A brave person – who may or may not have been an employee as well – jumped into the pool and mounted the alligator (or, more accurately, took his back). The hero grabs ahold of the animal’s throat and later on the snout, thus incapacitating it from going for the roll again.
He keeps the mounted position steadily, despite the gator’s attempts to throw him off.

With time, the gator lets go of the attacked person’s arm, while the guy holds Mount for a little while longer – until he sees an opportunity to lunge to his feet and escape from danger himself.