Watch: Mikey Gonzalez Wins by TKO In First Round Of Combat Jiu-Jitsu Worlds 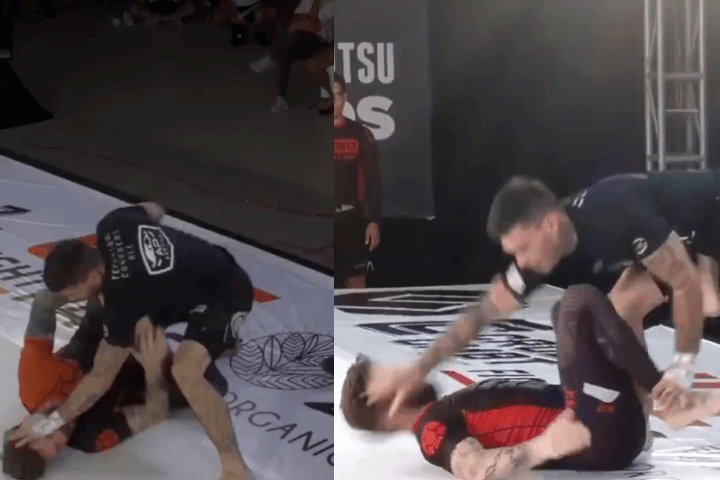 Brazilian Jiu-Jitsu is already difficult enough in and of itself, but with strikes involved… It just amounts to a whole new dimension – and such is the case with Combat Jiu-Jitsu.
Yesterday, “Combat Jiu-Jitsu Worlds: The Middleweights” took place, displaying an array of highly interesting matches. One of them was between Mikey Gonzalez and Carl Boudro – which ended with a TKO!

From the very beginning of the match, Boudro played Open Guard while Gonzalez used palm strikes as much as possible. These powerful “slaps” (to say the least) eventually enabled Mikey to pass his opponent’s guard and transition to Mount. However, soon after that, the two athletes were repositioned to the center of the mat.
When they started the fight again, Gonzalez went behind Boudro’s back while standing. He then suplexed him to the canvas, demoralizing him with continuous strikes.

Boudro started playing Z-Guard and Gonzalez came back up to his feet, all the while continuing to throw some heavy strikes. Therefore, within moments of the match being restarted in the center, the referee decided to stop the fight.
Boudro lost by TKO. Watch some of Mikey’s incredibly hard strikes below, which led to referee’s stoppage of the match. Deservingly so!