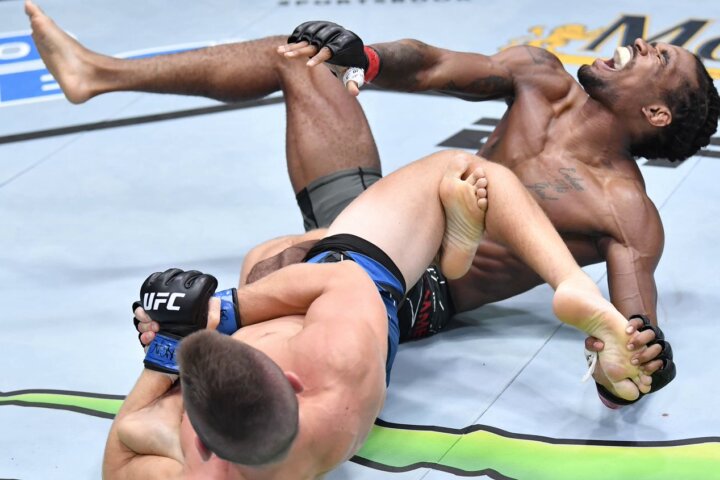 The Heel Hook is one of the most damaging submissions in Brazilian Jiu-Jitsu and therefore in mixed martial arts alike. That was proved once again at UFC Vegas 35, when Pat Sabatini used the Heel Hook to his full advantage against Jamall Emmers.

The Sabatini vs. Emmers fight was full of Leg Lock attempts. At one point, Emmers went for a Toehold, while Sabatini was trying to set up a Heel Hook. Sabatini was more effective.
He established a grip on the heel, turned his body towards the mat… And Emmers’ leg twisted and popped, as he cried out in pain and tapped out.

After the match, Sabatini confessed that he doesn’t remember how he ended up on the mat after he received a solid uppercut from Emmers; as well as that he wants the best for his opponent’s recovery:

I wasn’t really hurt, I was a little confused… My heart goes out to him, I hope he’s OK. I hope his knee’s OK.

Sadly however, Emmers stayed down for several minutes after the Heel Hook. The medical personnel applied ice to his knee and placed his leg in a splint before he was able to get back up to his feet – and leave the octagon.