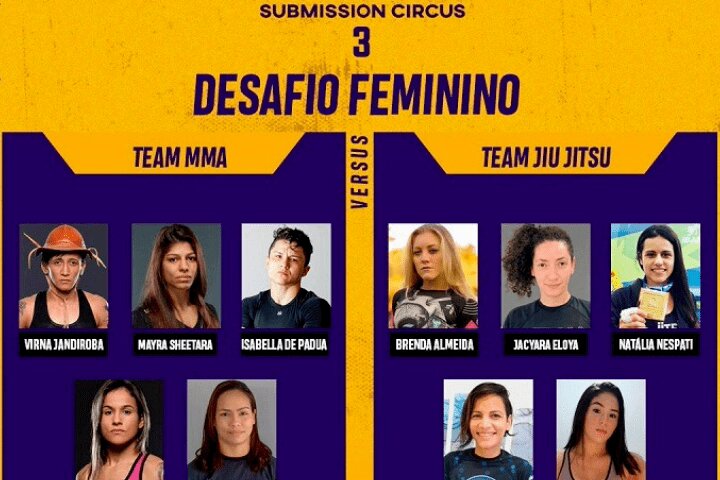 The “Submission Circus” promotion had shown, ever since its first edition, that innovation should be the key in the development of submission grappling. They incorporated duels between teams and pairs, with an exciting possibility of exchange during the very duration of the match.
Now, for their third edition (July 18), the event will be held in Brazil for the first time ever – in the style called “Taparia”… A submission fight in which athletes can slap each other! For this particular fight, the promotion selected Alex Alves and Tiago Santos.

Back in the first edition of the Submission Circus promotion, the duel between teams was what stood out. And now, for this edition, this format is coming back!

Grand Prix Ringmaster (up to 70kg) (draw at weigh-in):