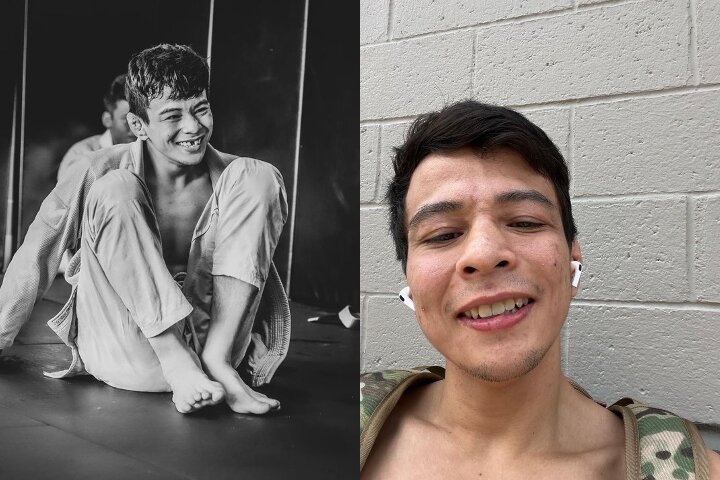 Paulo Miyao is one of the greatest light featherweight BJJ competitors of all time. A black belt under Cicero Costha, he has – together with his twin brother João – won all major titles in the sport… While becoming known and respected for their unwavering work ethic and mindset.
However, one of the rare things that differentiated the twins was that Paulo was missing a front tooth. He now replaced it and made an Instagram post why he did it:

I don’t know how to smile. But I know with the soul. The soul teaches the body. But the body does not teach the soul.

Never wanted to put a tooth in. Never saw the need to. Btw, I see no need right now, but I put it on.
It was never necessary. Few things are necessary. Living a life without fear is a necessity. Wasn’t afraid of what others thought.

I never thought missing a tooth would make a difference if I was different.

Paulo explained that he doesn’t depend on anything other than on his effort, will, and dreams. And that nothing has changed:

It was because of me. I went to show that I can do better. On my own behalf, how all things should be – never for the others.
Do it for yourself and if others benefit, better. It’s never too late to do something different, to learn something new. To learn how to smile.