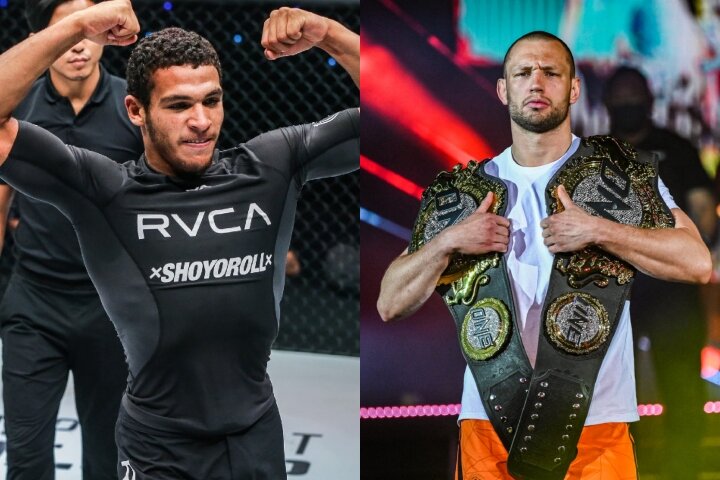 Tye got it done in just past 5 minutes into the match.
He first caught Gafurov in a Triangle Choke, but then transitioned to an Armbar and Wrist Lock combination – and got the tap.

Following the match, Tye Ruotolo gave a short interview to ONE Championship’s team – and called out none other than Reinier de Ridder:

The true essence of Jiu-Jitsu is being able to beat the bigger guy no matter what, with pure technique. And I’ve seen Reinier de Ridder say that he’s gonna sub anyone in the world.
I definitely want to test that.

… Yeah, I would love to get a Jiu-Jitsu match with Reinier. He’s a bit taller, but I think can definitely sub him. Let’s do it.

To top it all, Tye also won the $50,000 bonus for his performance from ONE Championship… And he seems to be “good” with de Ridder himself, so it just might be the case that this match will take place!