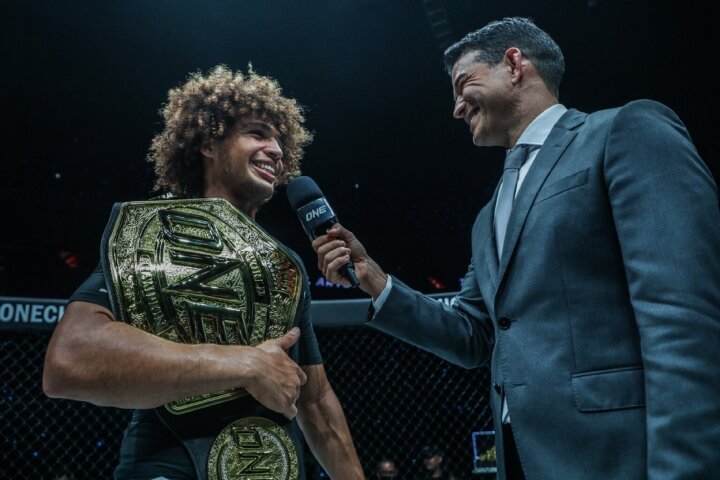 Kade Ruotolo has done it again! In the ONE lightweight submission grappling title match, he competed against Matheus Gabriel – and got the win… Albeit without getting the tap.

Ruotolo was extremely aggressive with his offense – as per usual – and attacked Gabriel with a number of submission attempts.
Matheus, on the other hand, displayed fantastic defensive skills. However, the match itself was brought back up to a standing position a couple of times precisely due to Matheus’ persistent defensiveness.

Gabriel, for instance, defended a tight Kneebar attempt that Ruotolo went for – after executing a flip.
Kade also went for a Toehold afterwards, but Matheus survived it as well. Then, Matheus went for a submission attempt himself – by going for a Guillotine Choke – but it wasn’t fully locked in.

In the end, Kade Ruotolo won via unanimous decision.

Whoever Kade Ruotolo’s next opponent turns out to be, it’s going to be an exciting match… Because, after all, he knows that people are motivated to beat him:

I feel like I’m the hunted rather than the hunter. I’ve always been looking after that number one spot, trying to get to the top, and now it kind of almost feels like I’m there.

I got a lot of hungry people coming after me. And that’s exactly what I want. So I can’t wait to face everybody.