Mark Kerr Gets Inducted Into The ADCC Hall Of Fame 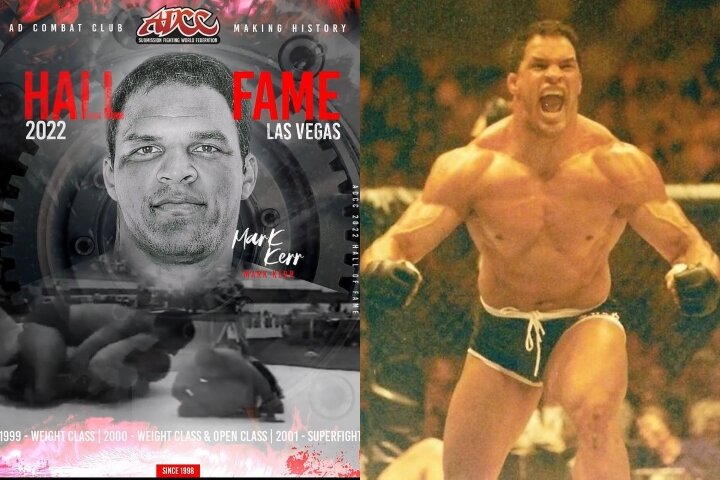 Mark Kerr, a 4x ADCC champion, is the latest name on the exclusive ADCC Hall Of Fame list! The ADCC organizing team shared the news on their social media:

Kerr is not just a successful ADCC champion, but he’s also a mixed martial arts legend. During his MMA career, he was regarded by many as the best fighter in the world; he’s earned two UFC heavyweight tournament wins, a World Vale Tudo Championship, and has been a PRIDE FC competitor as well.
He also had a main role in an HBO documentary called “The Smashing Machine”, which provided an insight into Kerr’s MMA career, his addiction to opiates, relationship with then-girlfriend, and many other things.

Mo Jassim, ADCC’s Head Organizer, has shared the excitement he feels for Mark Kerr being a Hall Of Fame inductee:

The very first ADCC I attended was ADCC 2000. I remember watching Kerr compete and was blown away. Never seen someone that big move that fast. No other ADCC competitor came close to his athleticism.