Kristian Woodmansee: “The ADCC Does Way More For The Sport Than IBJJF” 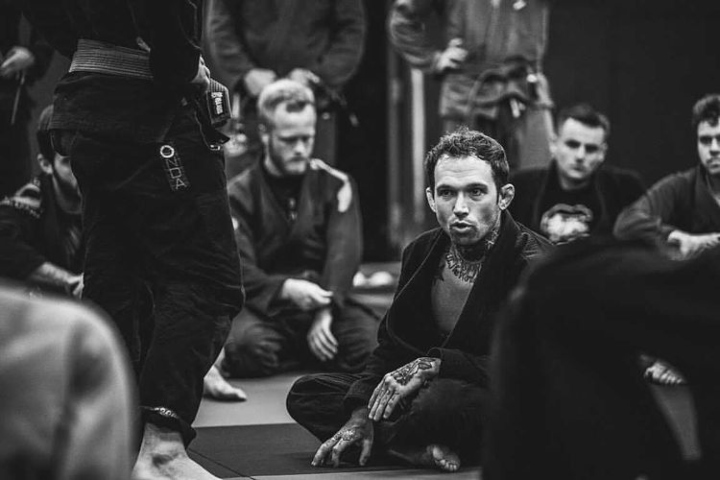 Kristian Woodmansee, a BJJ black belt under Andre Galvao, is a 2018 IBJJF Pans no gi championship and no gi World Championship bronze medal winner. Today, he is retired from competition and leads the “Logic Jiu-Jitsu” academy in Philadelphia.
In a recent episode of the “Open Guardcast” podcast, Woodmansee spoke on a number of topics – including why he thinks that ADCC is quite a bit ahead of the IBJJF.

ADCC is light years ahead of IBJJF. In every comparison, that is the way that I believe it is. Other than the ability, not that I care, them testing, because Worlds is going to test people for PEDs and ADCC is going to not and almost borderline encourage it. If that’s a deal-breaker for you, then that’s awkward.
For me, everyone is on it so you just do what you need to do. I don’t really know what to do with the gi. It’s just too tough, it’s too traditional, and I don’t know if that’s ever going to change.

Woodmansee still needs to support the IBJJF nevertheless, because doing so enables his students to compete:

I think [the ADCC is] doing way more for the sport than IBJJF. IBJJF just sends me an email asking me to pay for something… There’s really nothing beyond that they do for the community. And 90 percent of what they do is just kind of a joke.
I think it’s tough because you kind of don’t want to support it, but at the same time, you’re like: “Cool, how do I go about this?”

Because, if my students want to compete and I don’t support it, then my students can’t compete because I don’t do my IBJJF stuff. It’s a weird world we live in, and I hope it changes.

Listen to the rest of the interview with Woodmansee on the video below: