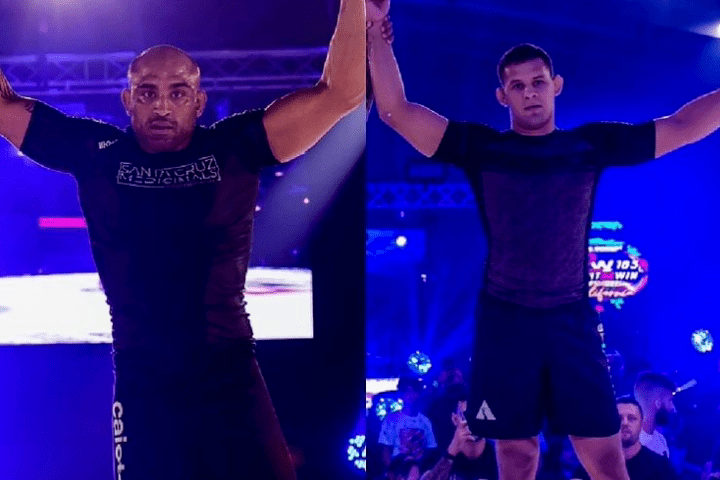 The match-ups for the Fight To Win 185 event, which will take place on September 24 in Seattle (Washington), are going to put on quite a show. One of them has been announced to be between Fellipe Andrew and Yuri Simoes!

Fellipe Andrew is currently ranked as the #1 IBJJF black belt competitor (in the Gi), who’s been on an absolute winning streak this year. He’s competed twice at the Fight To Win tournaments in 2021; in the first instance, he won a match against Max Gimenis and then against Fellipe Trovo at F2W 183. Also, this year Fellipe has won Pans double gold and American Nationals double gold medals alike.
He is set to compete under the Alliance banner.

Yuri Simoes, competing under the Caio Terra Academy’s banner, is a two-time (2015 and 2017) ADCC champion. He also competed in the F2W promotion – he previously beat Devhonte Johnson at Fight To Win 172.
Simoes is also a 2x IBJJF No Gi Worlds double gold medalist… Which means that this match will show off a LOT of fireworks! Speed, technical prowess and drive – it’s going to have it all.