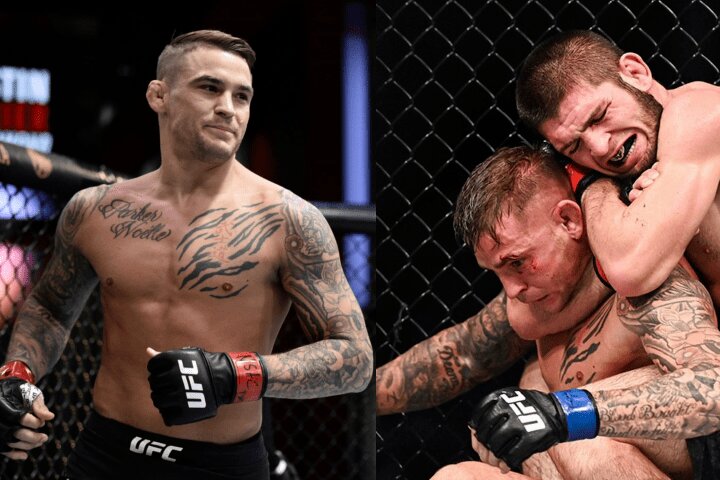 What do you think: how would it be like to grapple against Khabib Nurmagomedov? No doubt that it would be difficult… But what would it feel like? What would grappling against him be like from the first person perspective? How good is his grappling, really?
There’s not many people that can answer that question, but one of them is Dustin Poirier. He reminisced his UFC match and detailed how it feels to grapple against Khabib in vivid detail:

[Khabib did] not feel super strong. None of these guys that I’ve fought felt too strong, like overwhelming… But it was just that his position and his balance was so good. He knew where my weight was, where it needed to be [in order] to get in a better position. He is just so advanced. And his feet are like hands… His foot sweeps and the way he braces you down is… It’s just good. Yeah, he’s good. So good.
And nothing feels forced. It’s like he’s gentle, almost.

When asked how it felt for him to go against such skill, Poirier answered: