Danielle Kelly: “I Wanna Win The ONE Championship World Title For Women’s Grappling” 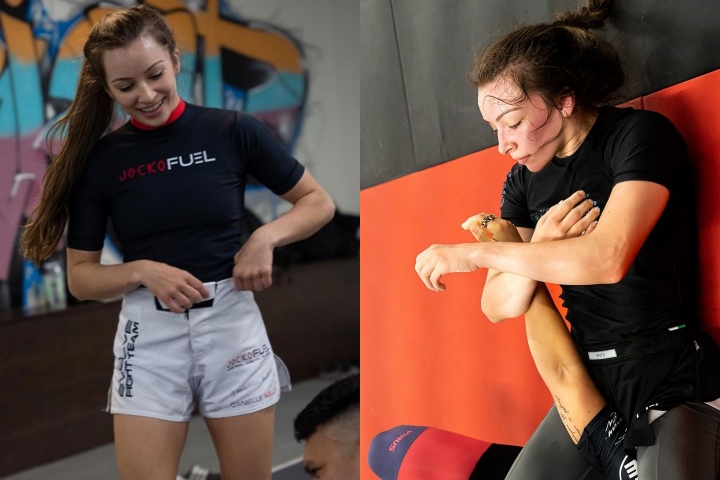 Danielle Kelly is facing Mariia Molchanova, a world Sambo champion, on November 18 at ONE Championship… And she’s looking forward to this grappling match with great zest!
In fact, she’s inspired by the recent performances and submission grappling title wins by Mikey Musumeci and Kade Ruotolo.

With that, in an interview for the MMA Super Fan, Kelly emphasized that a women’s ONE submission grappling world title would be a big win for Brazilian Jiu-Jitsu:

When I saw Mikey winning the world title, at first it made me really motivated because I do wanna win the ONE championship world title for women’s grappling.
It brings a lot of motivation and Kade and Mikey winning it was really good to see.

Previously, she also added that Roger Gracie is someone she looks up to:

It’s kind of been a while since I looked up to anyone, just because I’ve had the mindset that I want to beat them. I’m kind of, like, my own biggest fan.
But honestly, I like Roger Gracie for being his age and everything. He competed against Buchecha. Actually, speaking of that, who’s at ONE now.

Like, his last match was against Buchecha, and like for taking such a long-time off of competing.
He went out there and subbed Buchecha. It was a gi match. I really like how Roger rolled.