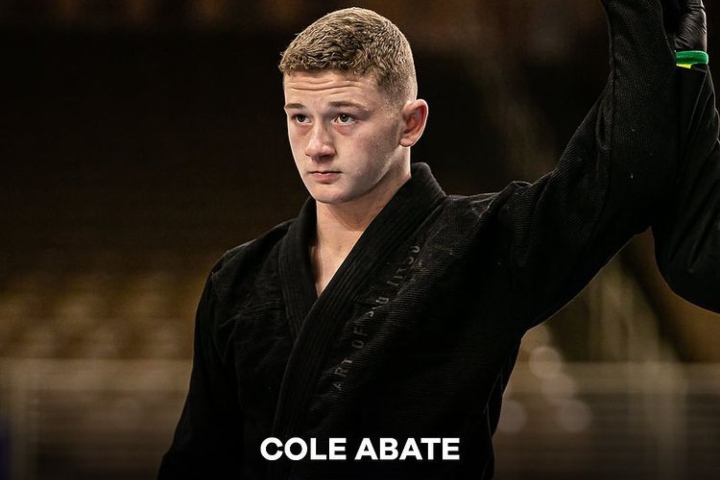 Cole Abate is a world-class grappler. Now a purple belt, he has made an introductory remark to his name in 2021 by first beating Geo Martinez at Who’s Number One. Then, a couple of weeks later, Cole went into the ADCC East Coast Trials; beating Estevan Martinez, Jon Calestine, and Keith Krikorian along the way – thus becoming the Trials winner at age 16!

So, it’s safe to say that Abate is one of the most skilled BJJ athletes in the world. Nevertheless, up until recently, he hasn’t been an IBJJF adult competitor!
This will change soon, however. For, Abate (now 17) will make his adult division debut at the next week’s 2022 IBJJF Pan Championships. Here’s what he had to say about the upcoming experience:

It’s my first year competing as an adult, so I’m very excited for this next step. I’m very confident in the preparation that I’ve had here at AoJ and with my teammates, and I can’t wait to showcase the new skills that we’ve been working on.
This year, I’m not planning on doing the absolute division, but definitely have plans of doing that in the future, and that will be one of the next goals that I have in the coming years.