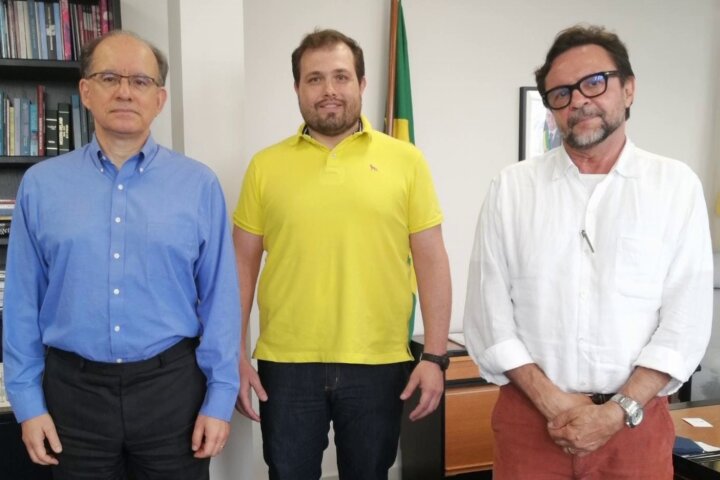 At a recent meeting in the Brazilian Embassy in Ireland, a partnership was signed between ambassador Marcelo Biato, BJJ professor Henrique Saraiva and counselor Cesar Leite; with an aim of supporting projects that involve Jiu-Jitsu in Ireland.

Saraiva is a BJJ professor based in Dublin, who is one of the most active promoters of the sport in Ireland; both through his academy, social projects in schools, and sport competitions he organizes. Therefore, the theme at the Embassy meeting was how to support the development of BJJ in Ireland. It’s important to note that the Brazilian community in Ireland is quite large – at around 70.000 Brazilians.
The Embassy had already supported projects that contribute to the building of connections between the Irish and the Brazilian cultures. Jiu-Jitsu, as it is the case in the rest of the world, has established itself as a recognizable integration tool in the Brazilian community.

Being the son of Orlando Saraiva – a BJJ red belt who started training thanks to a social project – professor Henrique is all too aware of the importance of Embassy support like this:

Everything still seems like a dream, and it’s at the very beginning, but we are working hard to make it come true.