How to Know if Your BJJ Academy is Right for You 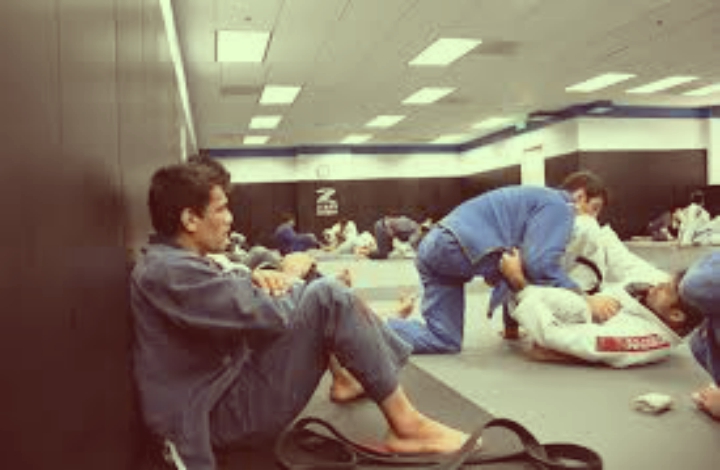 Sometimes BJJ practitioners may feel unhappy, unmotivated, or that their game isn’t progressing. It’s quite normal to have these feelings wash over you for a short period of time, but if it becomes a constant struggle to just make it through the doors to practice, then maybe you need to re-evaluate your BJJ academy. Here are a few tips to knowing if your BJJ academy is right for you:

A BJJ academy is defined by the teacher who runs it. Bernardo Faria, a black belt and five time Jiu-Jitsu world champion notes that, “When the teacher is a nice guy, most of the students are nice too.” As much as it may slip our minds, the teacher has a lot, if not most of the influence on the students, and the ambiance of the academy. If you’re serious about BJJ, then your coach should be someone you look up to. A coach who’s patient and positive inspires students, and gives them the drive to train. Trust is also another key quality in instructors that makes or breaks someone’s BJJ experience. Your coach should be trustworthy and approachable. If any sort of problem with another student occurs, or you need some extra help, then you should be able to speak freely to your instructor. “You choose to start Jiu-Jitsu, so you want to enjoy it,” says Faria. “If the teacher is a nice person, it’s going to be a great environment.”

Faria provides other food for thought. “Make sure you find out who gave [your coach] their black belt,” he says.”There are many times where you find fake black belts, so make sure your teacher is not one of them.”

BJJ frauds are the worst, in my opinion, because so much time, sacrifice, blood, sweat, and tears go into a student’s journey. Purchasing a belt is disrespectful to the sport and the spirit of competition. Mark McMahon of HighKix Martial Arts pretended to be a second-degree black belt. But he was technically a blue belt, according to Gracie University. A technical blue belt is earned by sending videos of yourself performing certain moves. McMahon’s social media was filled with pictures of him captioned: “exhausted after a long hard training session.” These were clearly trying to show off his fake belt. The moral to this story is that you need to research your coach properly before joining an academy.

If you’re at the point where you feel like your BJJ skills aren’t really improving, then Faria advises that you should not blame your teacher right away. Let’s face it: All of us have been there, feeling a sense of hopelessness and defeat. To this, Faira says, “Try to understand why your Jiu-Jitsu is not growing.” This is better than trying to put the blame on your instructor. It’s perfectly normal to have those phases where your BJJ doesn’t grow. As Faria goes on to say, “[he] would not give too much attention on that, I’m getting better, I’m getting worse.” Faria also highlights why competing should be a necessary component in the life of a BJJ practitioner. Competition stands as a true test that shows if your game is weakening, or strengthening. With the Internet being the biggest information source in the world, there are tons of instructional and helpful videos on how to improve so many aspects of your BJJ game. Marcelo Garcia is perfect to watch for someone who likes to play X-guard or butterfly guard, for instance. There are tons of help for all sorts of styles you play.

In all, the environment of the BJJ academy can really influence a student’s learning experience. It’s impossible to grow when all the necessary elements don’t seem to align.
Many people compare their hour of training to a therapy session, and although that doesn’t have to be the same view for everyone, the hour you spend grappling should be enjoyable and resourceful.