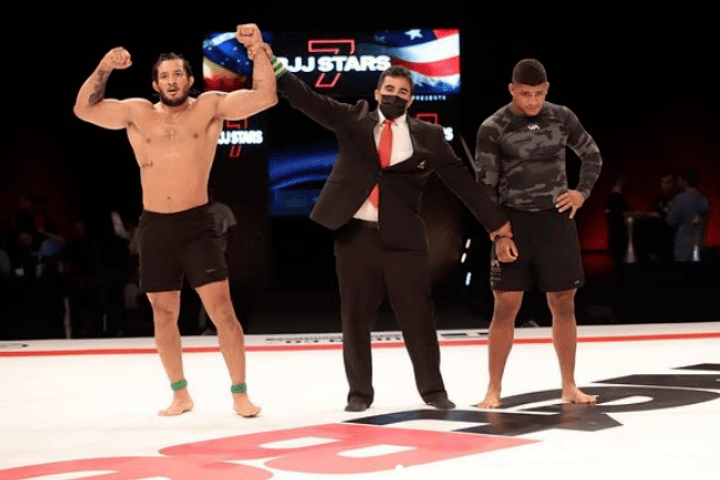 The “BJJ Stars 7” event took place last Saturday (November 6) in Sao Paulo, with a number of highlight-reel worthy matches. Most primarily, the main event of the evening featured a bout between Lucas “Hulk” Barbosa and Gilbert “Durinho” Burns – who is both a UFC welterweight athlete and a BJJ black belt. And, in the end, it was Hulk who emerged as a winner; as he got the tap via a Rear Naked Choke.

Other than that, Josh Hinger managed to secure a BJJ Stars Masters’ belt, by defeating Luis Marques via points (4-2). Then, at the end of the fight – and to much sadness to everyone watching – Luis announced his retirement from competition. Additionally, Augusto Tanquinho also announced that he is retiring. This took place after he beat Bruno Frazatto (via decision).
With that said, the fans had news to be happy about during the tournament as well. Namely, BJJ Stars 7 marked Leo Vieira’s return to competition! He beat Cleber Santana on points, as well as Celsinho Venicius – both by using stellar technique.

Check out the full results below.