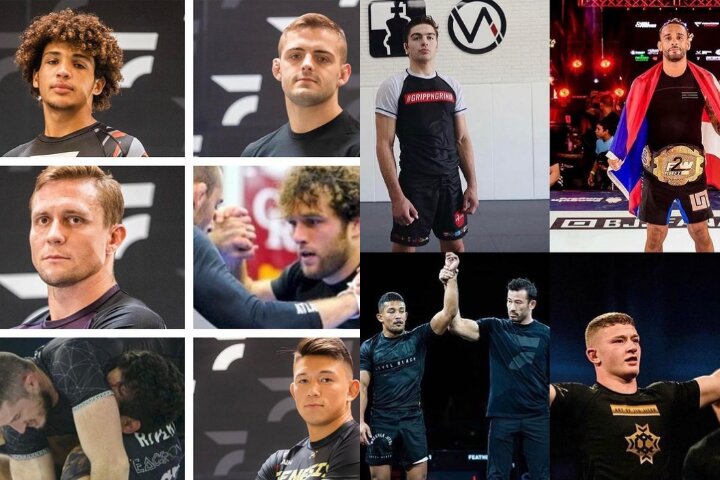 On November 6 and 7 (Saturday and Sunday), the ADCC East Coast Trials will take place in the Atlantic City. Over 800 competitors will step on the mats, with their eyes set on getting an entry to the ADCC World Championship that takes place in September next year.
Take a brief look at the male and female divisions below – you’ll be more than excited by who’s competing!

There are around 150 athletes registered for the male -66kg division for these East Coast Trials. A lot of fast-pace oriented athletes will clash head-to-head; such as Gianni Grippo, Edwin “Junny” Ocasio, Cole Abate, Damien Anderson, Keith Krikorian and others.
Grippo is likely the favorite for winning the gold. He’s won the IBJJF No Gi World Championship, IBJJF Pan No Gi, and Emerald City Invitational golden medals this year – and he’s looking to further improve his winning streak.

There are over 200 athletes who’ll be aiming for the male -77kg division. Among them are Kade Ruotolo, William Tackett, PJ Barch, Kody Steele, John Combs, and many other elite grapplers.
ATOS Jiu-Jitsu representative Kade Ruotolo has had the most successful year of the bunch; winning, among other things, the Who’s Number One (WNO) Championships – and having only one loss during the entirety of 2021 (to Roberto Jimenez).

The -88kg male division doesn’t have a “clear” gold-winning favorite. Jacob Couch, Alec Baulding, Giancarlo Bodoni, and others will go face-to-face.
It was Baulding who won the last trials, back in 2019, when he beat Kyle Boehm, Ryan Quinn, Roberto Jimenez and Dan Martinez. Will he be able to keep his gold? It’ll soon be know – just a few more days until the weekend!

The -99kg division’s athletes include Mason Fowler, Paul Ardila, and Devhonte Jonhson. It’s Fowler who has had the most successful last few years, as he was a West Coast Trials champion back in 2019; and as he has secured wins over Craig Jones, Roberto Jimenez, Kody Steele and many others in the Submission Underground (SUG) tournaments.
In so far as the over 99kg division is concerned, it’ll feature Pat Downey, Austin Baker, John Hansen, and many others. And, just as it is the case with the -88kg division, this one doesn’t have a clear favorite for the title either.

Brianna Ste-Marie, Bri Robertson, Heather Raftery, and other elite female grapplers are all a part of their -60kg division. It’s Ste-Marie who’s an arguable favorite for winning the gold, who last beat Robertson in their WNO match.
In so far as the +60kg female division is considered, it’s Kendall Reusing who’s favored by many to win the title. She’s won second place at the recent WNO Championship, as well as IBJJF No Gi World Championship and Pan titles. Nevertheless, she’ll have tough opponents – such as Cat Zingano, Brittney Elkin, Erin Quillen and others.