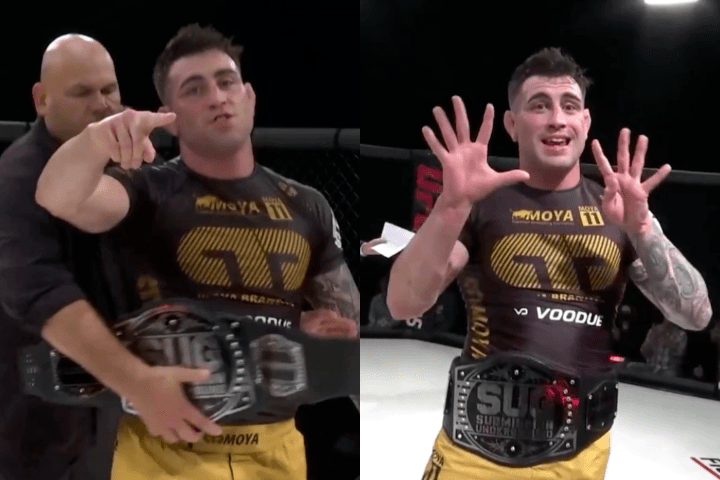 SUG 27 was full of action. In the championship match, Mason Fowler went against Gabriel Checco – and won via Rear Naked Choke in overtime.

The regulation period between the two was a true battle, with Fowler managing to take Checco’s back and then transitioning to an Armbar just before the round ended. Checco managed to escape the submission and so the match went into overtime. Then, in overtime, Fowler chose to go from the back – where he once again displayed his skillset, retaining his title by winning with a RNC.
Following this SUG 27 match, Chael Sonnen announced that Fowler’s next title match will be against Kyle Boehm. Needless to say, Fowler is looking forward to the bout:

Kyle Boehm, he’s an amazing competitor. I don’t have too much trash talk to say. He’s the rightful number one contender, there’s no argument about that… It’s going to be an amazing match-up.
That’s like the clash of the titans in Submission Underground rules… I believe I do everything a little bit better than him. But with that being said, he does everything stronger than me because he’s maybe 30 lbs bigger than me. He’s jacked.

Check out this Submission Underground’s full results below.