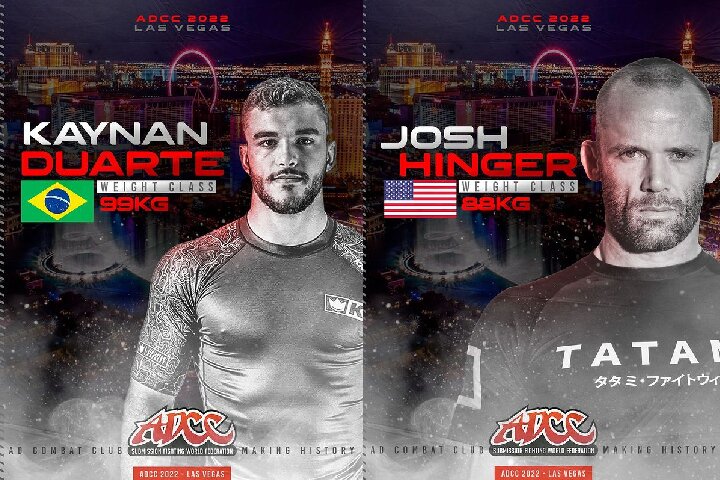 ADCC 2022 is going to be one of the biggest (if not the biggest) events in the history of grappling. Set for September 17 and 18, 2022, in Las Vegas (Nevada), the tournament is already inviting superb grapplers to its cover.
The most recent athletes who’ve received invites are: Kaynan Duarte, Nicky Ryan, Gabi Garcia, & Josh Hinger.

Kaynan Duarte is the reigning +99kg division champion… However, he decided to move down in weight for ADCC 2022; to an under-99kg division! This has been a surprising move, which Duarte presumably made in order to become an ADCC two-division champion.

Nicky Ryan, on the other hand, will be moving up in weight; he will compete in the 77kg division for the first time. Back in 2017, Ryan lost his first round match against AJ Agazarm. In 2019, he beat Shane Jamil Hill-Taylor in the first match, but lost in the second round against Paulo Miyao.
Nevertheless, Nicky Ryan is only 20 years old and is one of the medal-winning favorites in his division.

Gabi Garcia, who recently announced her retirement from IBJJF competition, is the third invitee for ADCC 2022. She is one of the most successful ADCC competitors ever, as she has 4 titles to her name.
She will compete in the +60kg female division.

And lastly, Josh Hinger is going to compete in the 88kg division! He won the 2019 ADCC West Coast Trials and then earned the bronze medal at ADCC 2019.