Savage Suplex The Throw Of Choice In MMA This Weekend 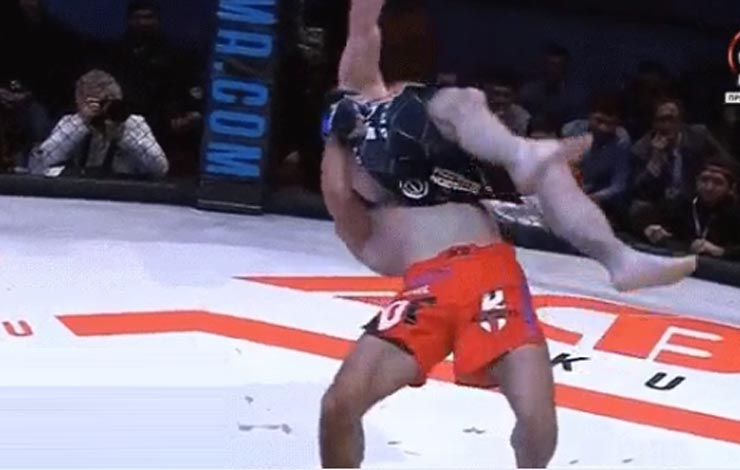 While we as a bjj community have largely been focussed on the debut of Garry Tonon there’s been other interesting happenings in mma. Not only was Josh Barnett exhonorated by the USADA but there was also a series of savage throws – one of which even ended up in a knock out!

Suplex City! The Incredible Story Behind The Greatest Throw

It all started with ONE fc. One fight before Tonon had a spectacular conclusion:

How To Do Demetrious Johnson’s Suplex Armbar

A little further down the line in ACB Rustam Kerimov had a hearty showing:

Alright then, RUSTAM KERIMOV takes the split decision and the ACB Bantamweight title. It was a close fight so hard to complain about any decision. Plus he probably deserved to win for this alone. pic.twitter.com/yDQcONLyCk

Not to be sidelined – Invicta had their own suplex:

[Media] Slam by Kerimov. Kerimov vs. Borisov . ACB 83 from r/MMA

Simple Way To Defend The Pickup/Suplex in Grappling