Paulo Miyao’s Emotional Letter To His Brother, Joao: “For The Silence That Now My Soul Makes, I Love You” 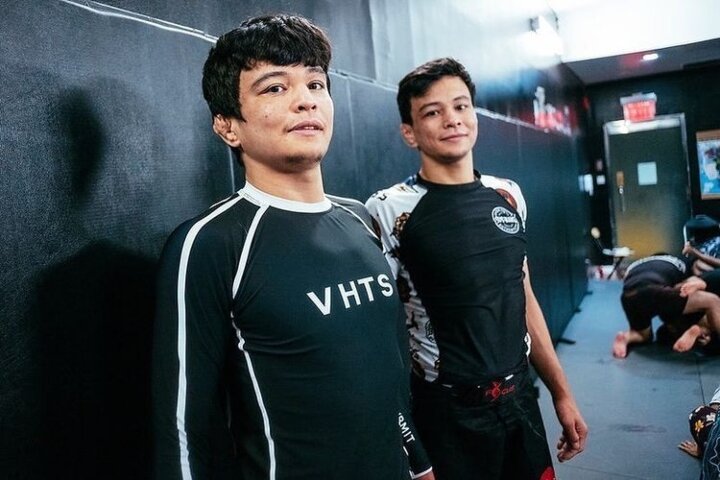 Paulo and Joao Miyao are not only Brazilian Jiu-Jitsu world champions in their own right, but they’re also twin brothers – very tightly knit, with that.
The Miyao brothers have been a big support to each other for literally a lifetime, both on and off the mats… It’s a bond that only siblings can understand.

It’s for these reasons that, given Joao’s recent move, Paulo decided to pen an emotional letter to his brother.
Read it below:

What about Joao? He’s in my heart. He’s in the throwback, in the memories. This one is in everything. He is in me.
Having a twin brother is having an extension of yourself. It’s pain without having. You take his pain as if it’s your own. [Having a brother means] to cry together. To smile together, to be born together… It’s about being together.

Only in longing do we know what true love is. It’s in that memory when we played near the harbor at the place. It’s in those fights that I always lost. That’s when I pushed him and we had to rush to the hospital… There are so many moments.

Paulo says that he misses seeing his brother. But also that there’s no way that they’ll ever get truly separated:

I get mad when they say we are one. We are not. Still we are one. As for me, for us, only we have the right to say it, to feel it. But it will be a long time to not have him by my side.
I’m not good at hugging I’m not good at telling. I’m not good at demonstrating. Sorry if one day I’m wrong. If I failed you. With our friendship, with our own complicity.

But one thing I got, is having you as a brother. Not only of blood. For real though, to eternity.
For the tear that now flows on my face, the knot in my throat… The locked nose, for the silence that now my soul makes, I love you.