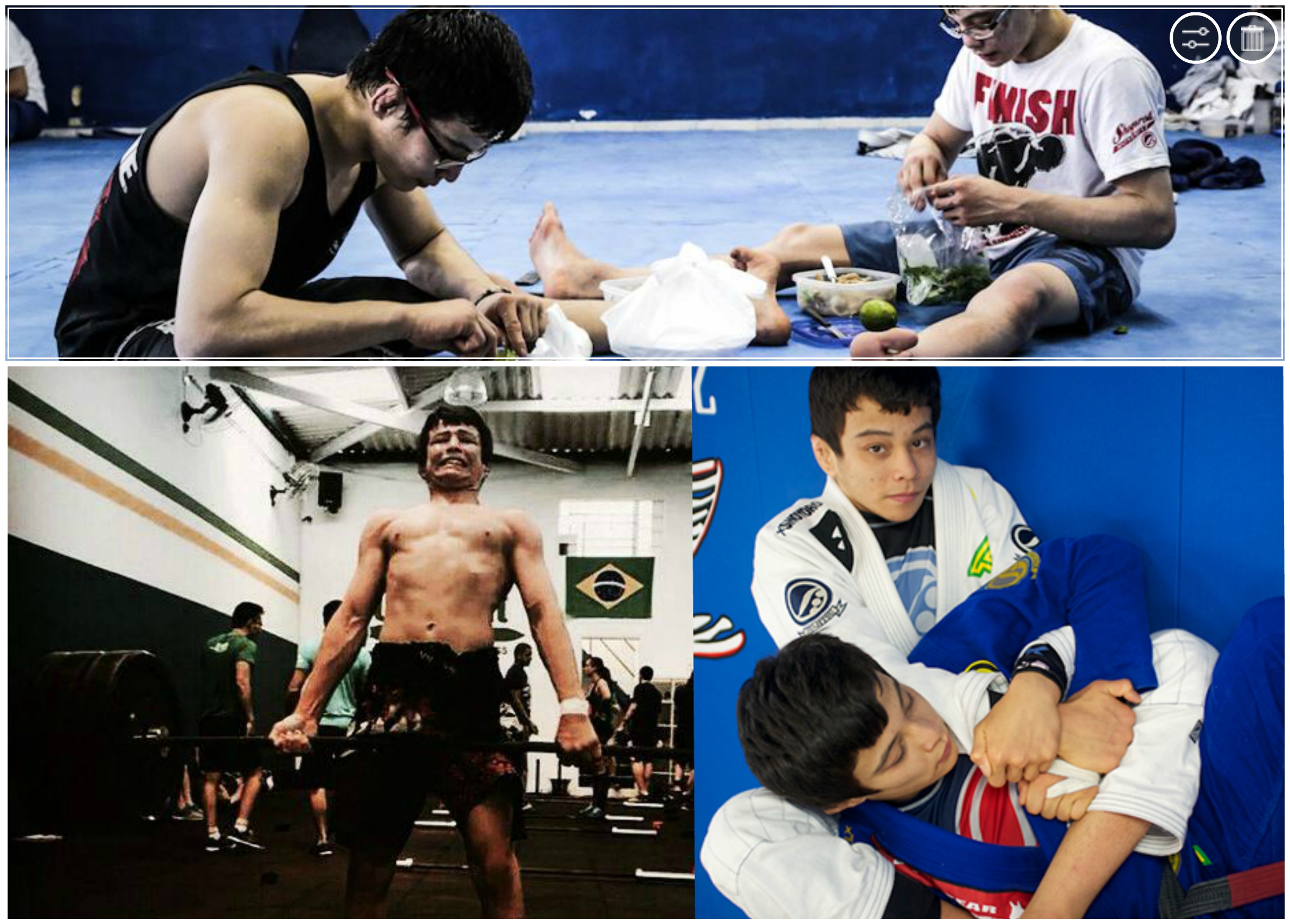 A few days we featured the intense training week of Judo Olympian and BJJ black belt Travis Stevens where he had up to 6 training sessions per day!

The Judo Olympian is not the only one to train like a madman.

Twin brothers Joao and Paulo Miyao are passionate about Jiu-Jitsu. Their life is restricted to the mats, and all they do is eat, sleep and obsessively train.
They have won everything at lower belts and started dominating at black belt with Paulo Miyao becoming black belt world champion and Joao taking the silver in 2015.

The Miyaos have recently moved to New York and train at Unity Jiu-Jitsu academy at the same pace that they did in Sao Paulo.

BJJ player Livia Gluchowska was training with the Miyaos for a week and was able to observe their insane training schedule which consists of weights, drilling and rolling, she wrote on her blog:

The Miyao brothers and a few other boys who live at the academy work extremely hard. In fact, I thought it was all exaggerated lies, until I saw it with my own eyes.

For anyone who wonders how they are so good, this is how… they just work hard.

Here is what their instructor Cicero Costha, had to say about the personality and extreme training habits of his students:

In an article with Tatame Magazine:

“It’s hard to talk to them. They are very concentrated on training and improving”

“They think about Jiu-Jitsu all the time, do the same things. From time to time, go online to talk with family and see videos of positions. They are inseparable. They eat the same food, sleep in the same place …”

About how the Miyaos choose to live in the gym after all these years:

“They have a better financial condition now, but they are accustomed and like to stay in the gym. I’ve tried to find an apartment for them, but they would not take it. I asked twice … I do not ask any more. They do not want to miss a minute of training and feel good there, so I let them. “

“They are very focused, dedicated, methodical. I’ve never seen them rest. Once, I saw Joao wasn’t training and found it strange. I realized he was putting ice on his knee. The training starts at noon and ends 15h. They go beyond time. Half an hour before the training 17h, they are already in the kimono. That ends at 19h, and they continue testing positions and go on until later. They have an open mind to  Jiu-Jitsu. They are great inspirations and good training partners, help everyone. Whenever I’m tired, I think, ‘The Miyao are training. And they are champions’, ”

“Once, when they went to Abu Dhabi, they trained from 10 am to 10 pm. It was amazing. They trained with everyone who came, like some robots making positions repeatedly. ”

“I’ve never seen them outside the academy. They eat the food right there in the gym. From time to time, go to the market. They train hard all day. On Sundays, I think they go to church, “