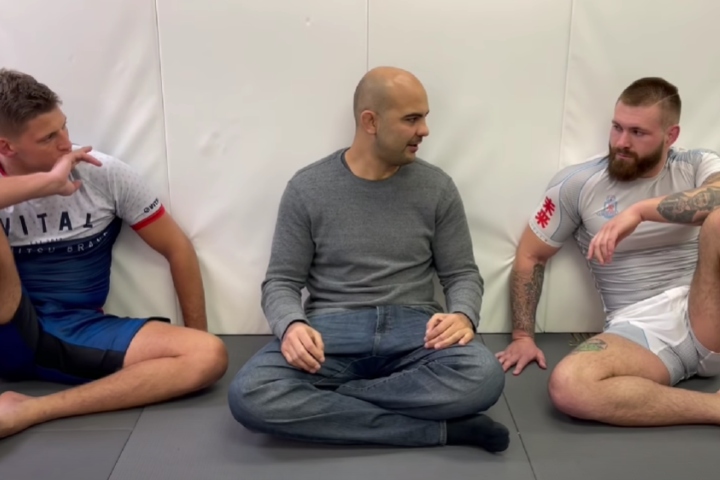 Gordon Ryan and Nicholas Meregali are both among the world’s top BJJ no-gi and gi athletes of all time. The two rolled a few days ago against each other and then sat down for a conversation with Bernardo Faria.
And what did they speak about? Yup, about mindset. About gaining confidence and achieving success.

Gordon was the first one to share his outlook on building confidence:

So, for me, the confidence comes from: #1 repeated success over x amount of time in training and in the gym; and #2, the fact that I train with the most dangerous guys in the world.
I know that if those guys in the gym have a hard time submitting me, the guys in the competition will never going to submit me.

Nicholas has outstanding confidence in his ability to apply and escape from submissions as well:

I believe my confidence comes from [the fact] that the guys don’t apply the correct movements when I’m fighting against them.

So, if I can protect myself in a way that I know that nobody will put me in a hard situation… If I know that I can go forward during the fight, to find the submission.
You know, I can lose in some kind of a ruleset, where we have some time to work, some kind of advantage and points; but if I’m fighting in no time limit [match], I know that I would win against almost everybody.

Watch Nicholas Meregali’s and Gordon Ryan’s entire mindset-conversation with Bernardo Faria on the video below: