Kit Dale: “Not Being Good At Takedowns Comes With Many Problems” 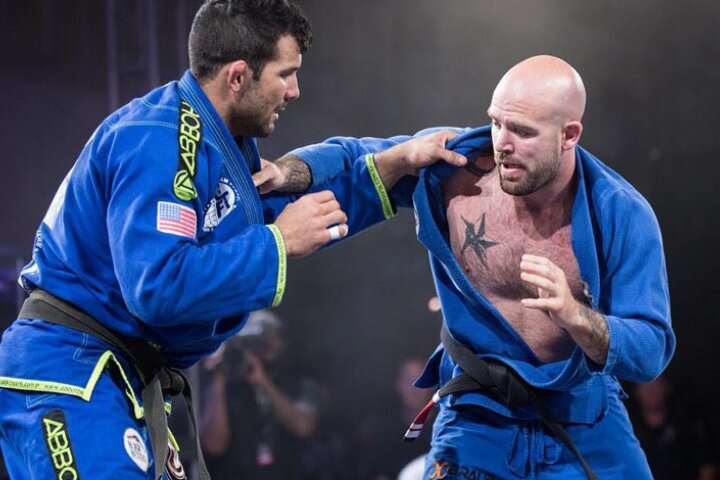 Yeah, we get it – you’re not that good with takedowns. You never were and you, kind of, believe that takedowns just aren’t your “thing”. But here’s the problem: if you don’t learn how to execute takedowns (and execute them well), you’ll be losing out on a lot of possibilities and progress in Jiu-Jitsu.
Don’t believe us? Then you’ll believe Kit Dale, who earned his BJJ black belt in less than 5 years of training:

Not being good at takedowns comes with many problems! Never feeling that you’re in control from standing is one of them. It comes down to being a victim of circumstance… Since without this skillset you can’t dictate whether you start passing or on your back in guard.

The only option you’re left with is that you either play guard or hope they pull guard (if you prefer guard passing). But there are a BUNCH of submissions and sweeps you can’t do without the knowledge and ability to take people down.
Some other issues that come with not having a good takedown game are poor balance and control, which are both crucial elements in Jiu-Jitsu. But unless you’ve done wrestling in the past, you most likely haven’t developed it yet.

If you learn takedowns, you’ll be able to dominate matches from the very beginning:

By learning takedowns for Jiu-Jitsu, you get the upper hand right from the start! You’re able to dictate where the game takes place, and you can decide whether to start passing or pulling guard.
Trust me, it opens up an array of different options; from sweeping to turning people over, being able to know that anytime you want you can force a standup from guard, and take them down or take them down from guard.

Your control and athleticism will be greatly improved; just as your knowledge in this new area will tie greatly together with your problem-solving abilities in other positions in Jiu-Jitsu!
You’re doing your whole game a favor. Gripping, control, balance, confidence.