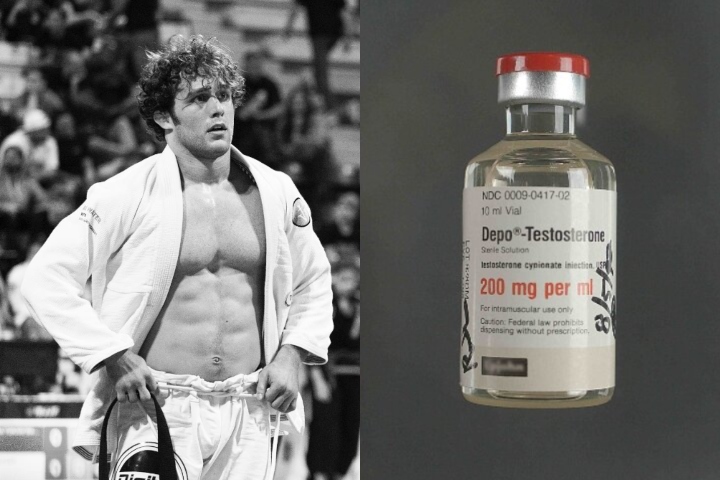 Brazilian Jiu-Jitsu, just like any other sport, has athletes that use steroids and other performance-enducing drugs (PEDs). However, what makes BJJ different from a lot of other sports is that there is little to no testing on PEDs across different tournaments and organizations; with the IBJJF being one of the exceptions.
With that said, some athletes think that IBJJF’s testing also lacks efficiency. One of them is Jonathan Satava – an ADCC Trials Winner, 2x No-Gi Pans winner and a 2x No-Gi World Championships silver medal winner.

Here’s what he had to say about the issue:

Every year, in one of the only tournaments where they actually test, we have athletes pop on steroids/PEDs.

This is only a p*ss test and the athletes know the date of the test. Not everyone gets tested. Not even everyone on the podium gets tested. Only 1st or 2nd place… If that.
If you’ve ever seen the film Icarus or remember Lance Armstrong popping years after he raced (because samples were kept so testing could catch up), you know that the way jiu-jitsu tests for Steroids/PEDS is a joke comparatively. Yet athletes still pop and some more than once.

He criticizes the punishments that follow confirmed PED use:

What’s the ban for popping? 1 year? Second offense – just another year? Sometimes these bans don’t get announced until well into the suspension.
The result is a cheating athlete reaping the prestige, sponsorships, seminars, notoriety, etc. all during this time… And sadly, likely more.

Additionally, he proposes that stricter decisions need to be made:

Is the current punishment a strong enough deterrent for athletes not to cheat? IMO – not at all.

Ultimately, Satava believes that the use of PEDs needs to be banned in harsher ways because those who use them take away dreams from other people:

The cheating athlete takes away peoples’ titles, dreams, financial opportunities, etc. As a community, I wish we had more regard for this.

To be clear, I actually applaud the IBJJF for having some sort of testing and for heading in this direction.
The punishments just need to be stepped up. Especially if it’s too expensive or the resources aren’t there to increase testing and make it more reliable.