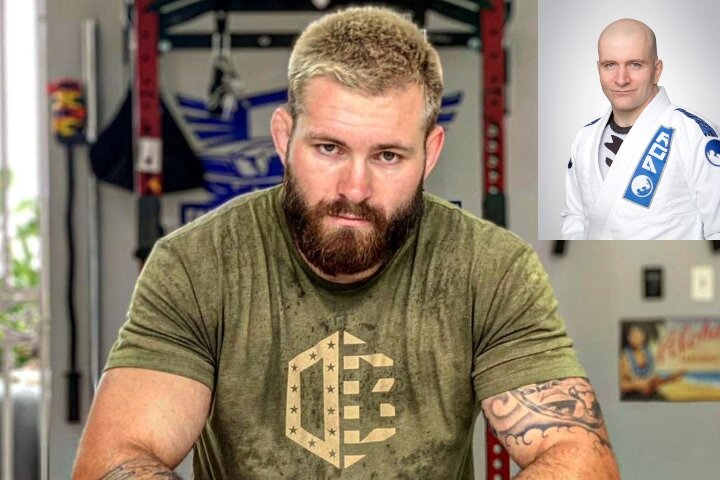 What makes Gordon Ryan so special? How is it that he became such a dominant force in no-gi BJJ in such a short period of time? Sure, he trains hard… But a lot of other Jiu-Jitsu athletes do so as well, yet they aren’t near his level.

The first thing, professor Danaher emphasizes, that makes Gordon Ryan so great in Brazilian Jiu-Jitsu is his memory.
Ryan has an incredible ability to remember things:

He has an extraordinary memory. On more than a few occassions, Gordon would come to me after class and ask: “Hey John, do you remember that thing you showed me back in 2018, when the guy is on the left Ashi Garami and you’ve told me to turnout on the opposite direction…”

And I’m looking at him, like, what? He has to jog back my memory so I can then report it back to him.
So, he has an incredible ability to recall information.

With that, Gordon is very skilled in handling stress:

Secondly, he has an incredible ability to stay calm under stress. Problem-solving is difficult enough as it is and you make it more difficult when you stress yourself.
And so, athletes who can cope with stress, or downplay stress, always perform better. And he is truly extraordinary in this regard.

He’s also physically gifted for the BJJ game he plays:

He does have good physical attributes for the game that he plays. He’s actually quite slow and his coordination is nothing to brag about. In many ways, if you took him through standardized athlete testing, he would actually perform quite poorly.

But, he has incredible isometric tension and an ability to hold it for long periods of time. And his entire game is based around that.

Finally, professor Danaher makes a point that the most important attribute Gordon Ryan has is that he’s a natural problem-solver:

And of course, the most important one of them all, is that he is a natural problem-solver.

He’s very good at finding practical solutions to problems. If he runs into problems, he’ll think… Sometimes we’ll troubleshoot together or experiment with things and go back-and-forth.
He’s just a natural problem-solver.