Is Your Mount Position Weak? Use These 2 Tips To Strengthen It 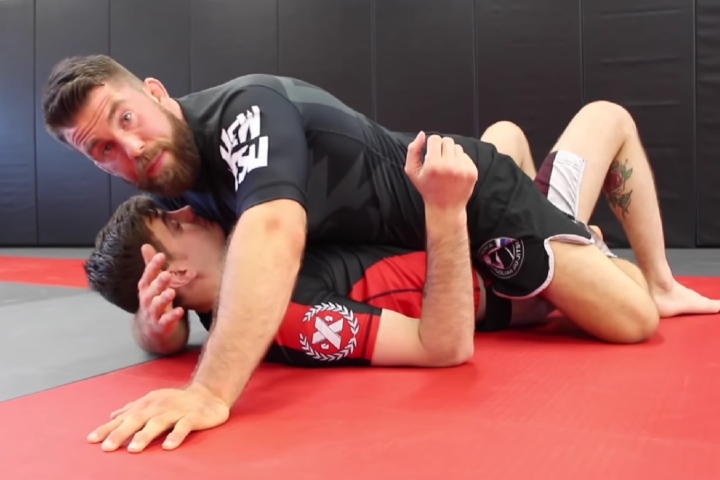 The Mount position is probably the second most powerful position in Brazilian Jiu-Jitsu; secondary only to taking someone’s back. So, if you want to have a well-developed BJJ game, then you also need to have a strong Mount.
However, what if your Mount position is weak? Here are two ways that you can strengthen it without too much effort – as explained by Nick “Chewy” Albin.

2 TIPS FOR STRENGTHENING YOUR MOUNT POSITION

The number one tip that Chewy advises you to do is to learn when to loosen up and when to tighten up with your hips. And that’s because a lot of BJJ students (mostly beginners) make the mistake of being too stiff when the time for doing so isn’t best.
So when are you supposed to be loose? It’s when the opponent starts to turn; if you stay tight in that moment, you risk losing the position – but if you loosen up your hips at that moment, you can probably transition to their back.

The second tip Chewy shares is getting your arm underneath the opponent’s head; in order to take away their ability to do a strong bridge. Because, for them to have a strong bridge, they need to be able to arch their back; which requires them to bring their head down. But if you keep pulling their head up, they’ll be in a world of trouble.
With that, you ought to also start driving their elbow up (on the other side) – isolating their arm and completely negating their ability to bridge. This grants you a perfect opportunity for an attack (such as an Armbar or Americana). But if they defend by turning towards you, you’ll also be able to loosen up (tip #1!) and probably take their back.

Watch the video below for more details from Chewy: