How Long Will It Take For Professional BJJ Athletes To Make A Good Living? 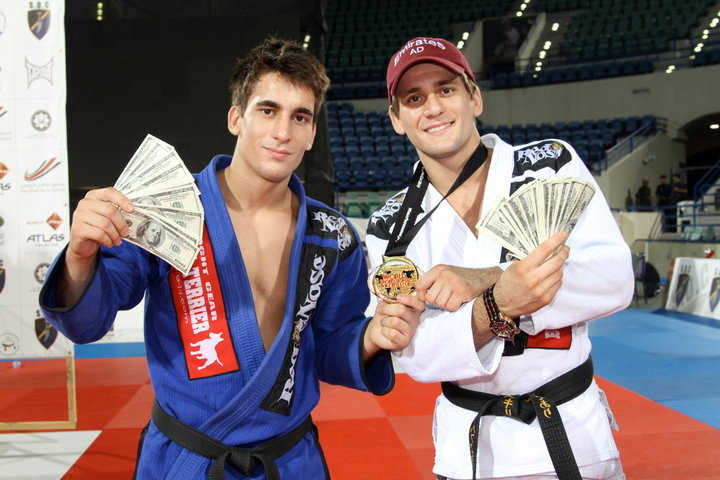 Saturday the 8th of December 2012 should be remembered in years to come as the first step made towards professional BJJ. The fact that the International Federation of BJJ (IBJJF) has for the first time ever awarded prize money for first place (5,000$) and second place winners (1,000$) during the IBJJ Pro league is a significant achievement. Worldwide Jiu-Jitsu (outside of Brazil) is still a relatively young sport that has only been around since the mid 90’s. Looking at BJJ nowadays, there are a few yearly tournaments which offer relatively good money for world class level BJJ athletes:

-Copa Podio: Undisclosed Amount in Cash Prize. Estimated to be around 10,000$ for the winner.

The rest are smaller and more random tournaments with smaller cash prizes.

This is not a lot of money when you think of the big number of high level BJJ competitors out there. At the moment, the current elite athletes will never go hungry but will not be rich either. They are forced to work very hard giving seminars, producing video and online instructionals, running schools. Most of those top 100 or so BJJ players also get sponsors, but this is not the jackpot that many will believe it is. BJJ is still not a vastly and mainstream sport yet. The average sponsor (gi, fightwear, instructional producer, sport nutrition etc) mostly contribute free products such as a large number of Gis and free clothes. Some other will pay the increasingly expensive tournament entrance fees (anywhere from 50$ to 180 $). Sponsors still do not pay nearly enough for the athlete to make a good living. This is understandable as they are not exactly selling high priced luxury products in large amounts. So they are still limited in what they can offer BJJ athletes. these are not Nike and Adidas .

Most elite competitors are then forced to either teach (run a school or a few affiliates), do seminar tours, and produce online/ video instruction.

I recently was listening to an interview of 2x BJJ World champion Jordon Schultz on OpenMat Radio  where he was saying that while training at Alliance Atlanta, he was teaching classes and managing the Alliance affiliates, training full time still and had a hard time to make ends meet. He would then move on to Lloyd Irvin’s academy (he is now at Atos in San Diego) where he learned marketing skills and eventually created his very popular online instructional lawofguard.com which allows him to make a good living and pay for his travels, competition fees and training costs.

Sometimes major BJJ World champions find a wealthy sponsor who are willing to invest in an academy and put them as main instructors. The Mendes brothers recently moved to California where they opened their new academy, Art of Jiu-Jitsu. They for sure got a great deal from the main investor RVCA, a top sportswear brand. Because of the demands of running the academy and teaching all classes, they had to compete a bit less than the years before, but still focusing on the major tournaments.

The recent IBJJ Pro league is really good news for our beloved sport. Now Jiu-Jitsu’s growth in popularity will be the real indicator of things to come. It doesn’t help that we are living through the biggest recession in recent times. As the sport grows, so will sponsors and bigger companies will come in, number of BJJ practitioners, and elite athletes will start to make better money.

I see BJJ catching up with the sport of skateboarding within the next 10 years and eventually with the sport of Surfing within 20 years. Top-tier professional skaters, earn at least $200,000 to $300,000 a year from contest earnings and endorsement deals with huge brands such as Nike SB and Monster Energy Drink.

As far as top ranked  pro surfers incomes are concerned, while there are a few pulling down amounts close to or in excess of a million dollars per year, the majority of top 20-30 pros are earning somewhere between $250-400,000. Scarcely any pro surfer outside the WCT is earning anything like this kind of money.

We need to see more and more tournaments attracting more sponsors and offering good prize money for athletes if we want to see Jiu-Jitsu becoming a real professional sport.